The situations heavily impacted by Independent Chip Model (ICM) are truly where money is won and lost in tournament poker. You can crush an entire tournament and then make an ICM-punt at the final table that costs you all the expected value you grinded to build.

Today we’ll discuss 4 of the most important situations to consider ICM. If you are new to the concept, check out this Intro to ICM to learn the basics. For the purpose of this article, I will assume you are familiar with ICM.

The 4 situations we will cover in this article include:

ICM on the money bubble

The money bubble is probably the most common ICM situation in tournament poker.

First, it’s important to stress how important it is to be ICM-aware on the money bubble. Many players disregard a simple 2x buy-in boost from cashing and don’t adjust their strategy. It doesn’t matter if you are a high roller in a $10K tournament or an online MTT grinder in the Big $22, making it past the money bubble is critical to your overall win-rate. Yes, losing on the money bubble is not as significant as losing in the final six, but it is nonetheless important.

Being the short stack is bad at any point in a tournament, but especially so on the bubble. It means you no longer have enough chips to open loose, and that you will need to be very ICM-aware. As the short stack, you should constantly monitor the bubble, and evaluate whether you should be taking risks or not.

As a medium stack, you can take advantage of tight tables by opening more unless another medium or big stack is taking advantage by widening their opening and 3-betting range. Your strategy in these spots will greatly depend on table dynamics and the strength of the other players.

As a big stack, you can take advantage even more by loosening your opening range and flatting/3-betting mid stack opens more often. You have the ability to put pressure on other stacks and threaten their tournament life. Being a big stack on the money bubble provides a great opportunity to build your stack and stack up even more in preparation for a deep run. You’ll even find situations where opening any two can be profitable. Be sure to loosen up with a big stack!

Note: Ready to become a more well-rounded and profitable poker player? Learn expert strategies for the most consequential situations inside the Upswing Lab (tonkaaaap covers ICM). Find out more here>

ICM on the final table bubble

The final table bubble is a unique situation, and ICM considerations aren’t as significant as you might think.

Unless you are playing in the WSOP Main Event, the pay jump from 10th place to 9th is not very significant. As a result, you can afford to take some risks. Remember that in an ICM environment players cannot call shoves too wide, which gives the aggressor an advantage.

You do need to consider stack size, but by being aggressive and building a large stack on the final table bubble, you can give yourself positive future game effects for the final table. Going into the final table with a big stack is very, very advantageous.

Many players are afraid to miss out on the final table, and so they tighten their range by too much. The prestige of making a final table can also be intimidating, and cause a player to change their game with only 10–12 players left. You can take advantage by opening loose and capitalizing on these players’ tendency to play weak near a final table bubble.

If you are short stack, you can look for spots to shove into opponents where calling and losing would dramatically hurt their chances at the final table. Moreover, with 10–12 players playing at 2 2 short-handed tables, opening loose is more appropriate.

ICM during the final six

This is a topic you need to study, then study some more, and then continue studying.

How much money you make in tournaments is decided mainly by your results with six players left. Between the top six there are (usually) major pay jumps, and therefore ICM pressure becomes very important.

In fact, six-handed play at a final table is typically very advanced. So, in addition to what we discuss today, I suggest diving into various ICM situations through ICMizer or Hold’em Resource Calculator.

For our purposes let’s quickly discuss the impact of stack size on how to adjust to ICM during the final six.

Of course, you would prefer to have a medium stack, but having a medium stack also handcuffs you when ICM pressure is high. The reason for this is that the EV of folding and hoping for other players to bust can become higher than the EV of playing certain hands.

As a medium stack, you have to be especially careful who you play hands against. There aren’t many hands you can comfortably get all-in preflop against a big stack or another medium.

For example, in a cash game environment (or normal tournament environment), you may have roughly 35% equity in the BB against an opponent’s range, and so flatting preflop against certain opens may be profitable. These same spots are not likely profitable in an ICM environment.

Suppose we have T♠ 4♠ in the BB playing 6-handed in a cash game, and the HiJack opens to 2.5bb. We estimate their range is the following: By contrast, at a final table with six players remaining we can consider folding when getting the same price (though the open size would have to be bigger), if our opponent has a large stack and is capable of running us over postflop. Consequently, we need to adjust (tighten) our BB defense range in this situation, when ICM is a factor.

This applies to all stack depths and not just playing as a middle stack. You always need to consider the stack size of every player at the table.

As a big stack, you should take advantage of the middle stacks by opening into them as much as possible. As I mentioned earlier, mid stacks need to play very tight, and this greatly benefits the big stack. Don’t be afraid to loosen your opening range and maintain your advantage as a big stack. Don’t be the player who just folds into final 3 because it’s the safe route to a decent payday. Having a big stack in an ICM environment is a big advantage you don’t want to squander.

It’s not uncommon to end up in tricky spots because of the ICM considerations during satellite tournaments. There are times you should fold AA preflop in a satellite, for example.

Satellites are a unique tournament structure that demand acute ICM awareness. The key difference between satellite tournaments—most satellites, anyway—and normal tournaments is that everyone is an equal winner in satellites.

One key to being a successful satellite player is an ability to predict the length of the bubble. If you can determine how long the bubble will be, you can then make ICM decisions based on your stack size.

To take an easy example, if you have the 2nd largest stack with 130 players remaining and 100 players cash, then you can probably walk away from your computer and cash easily. But as a short or medium stack with the same amount of players you would need to monitor how many players remain and what position you are in. You will need to be very ICM aware, and choose your shove spots accordingly.

This spot is in most other aspects similar to a tournament money bubble, but instead of a 2x buy-in cash, a satellite generally provides a 10x or greater return. Think about it—you are either going home with 10x your buy-in or nothing at all. This is why ICM considerations are so important in satellites.

We have discussed some of the most important scenarios in which ICM is important, but there are many others. The general upshot is that each situation determines to what extent ICM should factor in your decision making, and how to adjust your ranges based on the given ICM pressure.

I recommend studying ICM spots frequently. Having an intuitive understanding of ICM will improve your win rate, as ICM spots are where all the money is made in tournament poker.

Good luck out there!

Note: Discover tactics that will help you crush your tournament and cash game competition when you join the Upswing Lab. Learn more now! 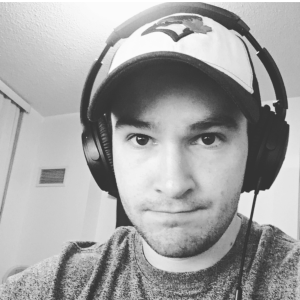