3 Tips to Help You Maximize Your Winnings with Overpairs

How do you play overpairs after the flop?

Despite its simplicity, this is generally good advice. The idea, of course, is to get maximum value from what’s presumably the best hand. But nothing is simple in poker.

In this article, we’ll dig a little deeper into the details of playing overpairs after the flop.

If we’ve 3-bet preflop, we should usually use bet sizes that will allow us to go all-in on the river. This won’t be difficult with effective starting stacks of around 100 big blinds. Betting around 60% on each street should do the trick.

Let’s look at an example. This hand was played by Ryan Fee against Garrett Adelstein on Live at the Bike.

Doug’s advice: We should always bet on this flop with Kings, and because of the many possible draws, we will want to use a substantial size when doing so.

Doug’s advice: This is a great spot to overbet, as Garrett can have plenty of draws and is not especially likely to have a flopped set that trapped on the flop. Kings with no spade functions especially well as an overbet because it blocks KJ and KQ–hands that Garrett will definitely fold on the turn–making it more likely Garrett has a made hand or strong draw that can call.

Ryan can balance his range here by also overbetting with his high equity draws such as 8♠ 7♠ or QJo (depending on which are in his range).

Much of Twitch chat may have disagreed at the time, but this spot is a mandatory shove. In order for Ryan to be behind on this river, Garrett would have to have a trapped flopped set (unlikely), a rivered set (unlikely), or a hand like Aces that has been trapping the whole way (also, unlikely).

Note: Poker games are getting tougher by the day. Learn how to crush your competition with expert tactics taught to you by world-class players inside the Upswing Lab. Take the first step towards a higher win-rate now!

#2. Mix in traps with your least vulnerable overpairs

Now, just to be clear, we should fast-play our overpairs most of the time. Get too “trappy” with them and we’ll end up missing value from weaker made hands.

However, we still should sometimes slow-play our overpairs when it’s not too risky to do so. This play has a few benefits:

Let’s look at another example. This time the hand was played by Doug Polk against Daniel “DANMER” Merrilees at $100/$200 heads-up on Live at the Bike.

Doug’s advice: Checking our strong hands on a dry board like this is sometimes a good idea. However, I lean toward checking with less vulnerable hands, like aces or a set of jacks, rather than with kings or queens.

With only 1.5 pot sized bets behind and a range advantage as the 4-bettor, we should use a small size (~25% pot) when we do decide to bet.

Doug’s advice: This is a fantastic turn for us. The middle card pairing means some of our opponent’s most likely hands–KJs, QJs, JTs–are now drawing to just two outs. Moreover, there are no possible flush draws, which means hands like A♠Q♠ or A♥Q♥, with which our opponent could have floated the flop, now have very little equity.

These factors, coupled with the fact that we can jam the river for value because of the low stack-to-pot ratio, make this a great spot to check. Doing so allows us to bluff with our weak hands more effectively on the river, and gives us the chance to pick off river bluffs if our opponent floated the flop.

Betting on the flop and getting check-raised is sure to cause flashbacks of getting stacked in an overpair vs set situation. However, it shouldn’t scare us out of value betting on later streets, should our opponent check.

Let’s look at a final example. This hand was played by Doug Polk versus Shaun Deeb in a 7-handed $100/$200 game on Poker Night in America.

Doug’s advice: The flop is a clear bet, and after facing the check-raise from Shaun in the big blind, we have a clear call. Folding is far too tight, and 3-betting will only get action from better hands while folding out Shaun’s bluffs.

Doug’s advice: This is an interesting spot with kings. We will usually bet our overpairs here, but if we always bet, then our opponent can trap us and go for the double check-raise–this time all-in–with his strong hands. So, the best approach is to check some of our least vulnerable overpairs (aces, for example, and particularly aces with the A♦) while betting others, and do the same for draws.

Doug’s advice: This is an amazing river for us because it counterfeits flopped two pairs such as J9 or 96s. The only way we’re not good here is if our opponent decided to trap a set of nines or sixes on the turn, which is unlikely. By shoving we can get value from top pairs that played the flop too aggressively.

We put our opponent all-in for just under half the pot, and he promptly folds.

Hopefully we’ve made clearer the finer aspects of playing overpairs postflop. For more advice on this topic you can hit the Upswing Lab, and there are plenty of great example hands in Doug Polk’s “Poker Hands” series on YouTube.

That’s all for now, folks. Good luck out there!

Note: Ready to take your cash game and tournament poker game to the next level? Put a beat down on your opponents with the expert strategies you’ll learn in the Upswing Lab. Learn more now!

What is a Flush? And How Should You Play Flushes?

Which Draws Should You Semi-Bluff With?

3 Situations to Value Your Overcard Hands in Texas Hold’em What is a Flush? And How Should You Play Flushes? Which Draws Should You Semi-Bluff With? 3 Situations to Value Your Overcard Hands in Texas Hold’em 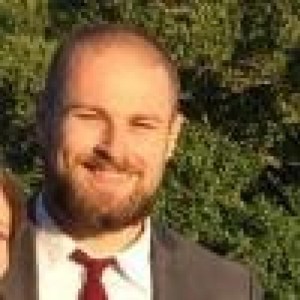