Home > When to Attack After Your Opponent Checks Back (4 Tips for Probing)
Mike Brady|Poker Strategy|Jan 3, 2020

Mike Brady|Poker Strategy|Jan 3, 2020
Home > When to Attack After Your Opponent Checks Back (4 Tips for Probing)

Being out of position sucks, but it sucks a lot less when your opponent checks back on the flop.

Not only does your opponent's check allow you to see a free card, it also gives you the opportunity to probe bet.

(A probe bet is when you bet out of position into a player who had an opportunity to continuation bet on the prior street, but didn’t. Probing is only possible on the turn or river.)

To help you probe bet better, you're about to read up on the following:

Let's get into it.

This is part 4 of Alex "Kanu7" Millar's new strategy series! Alex is one of poker's biggest-ever cash game winners and he's joined the Upswing team to create content that will help you improve your cash game skills.

Want to go back? Check out part 1 here, part 2 here, and part 3 here. Part 5 will be published on this blog (and YouTube) next Friday (January 10th).

Alex's new Advanced Cash Game Strategy course launches on January 13th! Get the course during launch week and receive Alex's bonus course for free, in which he analyzes the c-betting and exploitative strategies used by one of the world's best online cash game players.

Watch the video below to get a walkthrough of the course and to see the process Alex used when creating the course content. (A written walkthrough is also included at the bottom of this article.) 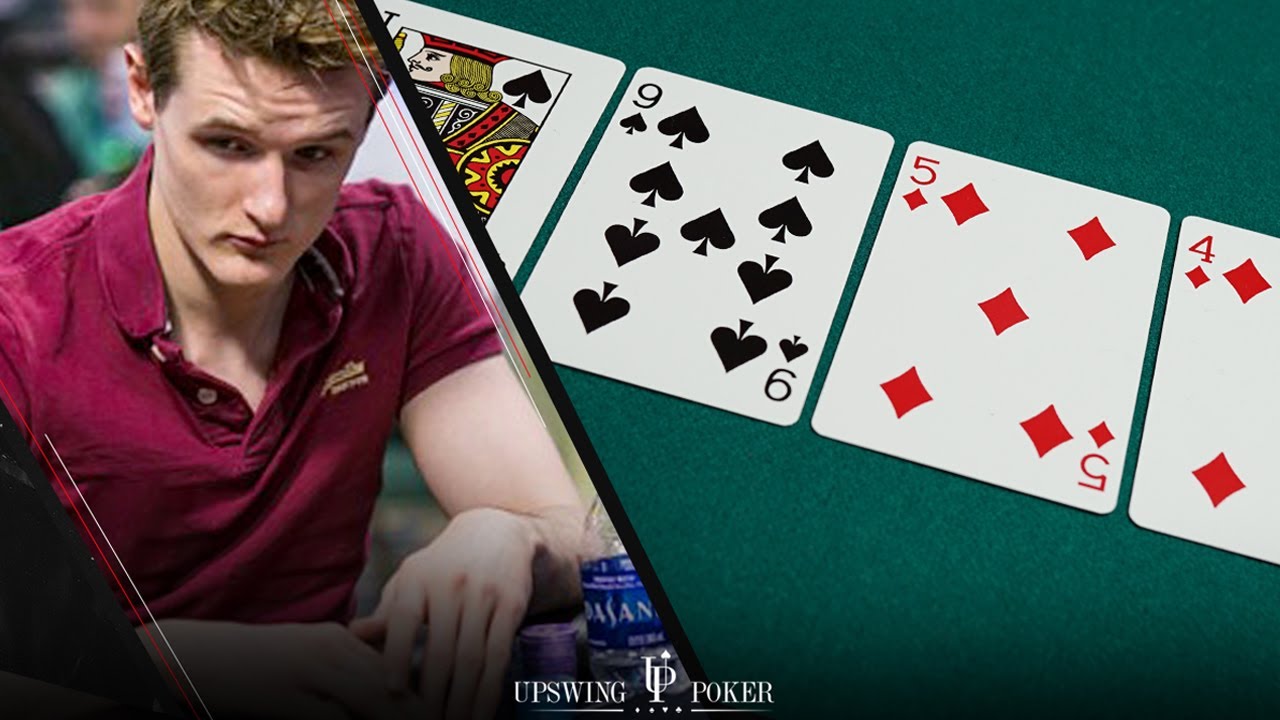 Note: If you'd like a beginner-friendly primer on probing, check out our Introduction to Probe Bets.

Before getting into specific advice for certain board types, let's take a look at the average optimal frequencies and bet sizes used when probing on the turn (calculated for button vs big blind spots using Alex's private solver):

*The smaller bet sizes are used a bit more often than the larger ones.

Now, let's go over some tips for probing (and not probing) on specific boards.

4 Tips to Help You Probe Bet Like a Pro

Your in position opponent who raised preflop tends to have a range and/or nut advantage on high flops, and that advantage carries through to the turn. You should probe less often as a result.

Contrarily, you can probe bet more often as the board gets lower because you have more low cards in your range as the preflop caller.

2. When the Turn is a High Card, Probe Bet Less Often

Your opponent will usually have more high card hands in their range than you will after the flop checks through, so you should bet high turns less often than low turns.

3. Consider Your Opponent's Preflop and Flop Range When the Board Pairs on the Turn

The way you should approach probing on board pairing turns depends on the specific card that pairs and the ranges of you and your opponent. Generally speaking, you will want to:

Let's look at a couple of examples. First, a high board:

On this flop, your opponent would likely c-bet with a polarized range consisting of strong hands (top pair or better) and bluffs while checking back middle pairs like Qx, JJ, and 8x. Plus, he has many Qx hands in his preflop range. This all means he will have many combinations of trips in his range on the Q♣ turn.

Since your opponent will have trips relatively often, you should probe bet at a low frequency.

Now, a low board:

On this flop, your opponent would likely c-bet with a merged range consisting of all flopped pairs because they are all vulnerable to overcard turns (see: equity denial). Plus, he wouldn't have raised preflop with many 2x hands. This means he will have very few combinations of trips in his range on the 2♦ turn.

Since your opponent will rarely have trips, you should probe bet at a relatively high frequency.

4. Probe Bet More Often When Draws Complete on the Turn

Most players opt to c-bet most of the time when they flop a draw, which means that when the turn completes a flush/straight draw, your opponent who checked back will have a flush/straight relatively infrequently.

On the other hand, you will usually have a myriad of draws in your range (depending on the board) because you will have checked your entire range on the flop.

Since you will tend to have more strong hands when the turn completes a three-flush or three/four-to-a-straight, you should probe bet more often on such turns. The exception is when the turn is a third/forth broadway card (e.g. J-T-3-A) as these high boards heavily favor the preflop aggressor.

Final Thoughts and A Quick Word on Probe Sizing

Probe bet sizing is a huge topic that would require far more than an article to cover (perhaps a course would do the trick), but I'll leave you with Alex's quick thoughts on probe bet sizing:

[When probing], I suggest [splitting your betting range into two sizes].

I think this is a spot where if you just use a one sizing strategy, that's going to play right into your opponent's hands and [let them get away with making common mistakes].

In other words, you should split your turn probe betting range into two sizes: a small size (25-50% pot) and a big size (67-150% pot). And be sure to include both strong hands and bluffs in each range! This will help you capture more EV, punish your opponent's mistakes, and make you significantly tougher to play against.

That's all for today!

The final part of this series is coming next week on Friday, January 10th. Alex's course comes out on the following Monday (January 13th).

If you'd like a walkthrough of the course, watch the video at the beginning of this article and skip to 16:30 or just read the section below.

The sections and subsections are:

Click below to see a video-by-video breakdown of each section.

Intro to Probing: How to Play Turns When Your Opponent Checks Back

Take a step back and learn the basics of probing.

[Quiz] When Should You Probe Bet When Your Opponent Checks Back?

Put your probing skills to the test.