King-Queen suited is a pretty premium hand, but that doesn’t stop your average poker player from playing it poorly.

It’s hard to mess up too much with super-premiums like pocket Aces or even Ace-King. But I see players overplay and underplay King-Queen suited (KQs) on a near-daily basis.

In this article, I’ll lay out some fundamental strategies, both preflop and postflop, for playing KQs.

How to Play King-Queen Suited Preflop

KQs is a profitable open-raise from all positions in both 6 and 9-handed games. As long as you don’t face a 3-bet preflop, you can be almost certain that you have the best kicker anytime you flop top pair.

Note the phrase ‘as long you are not 3-bet preflop’…

As the preflop raiser, KQs will dominate a lot of your opponent’s range in non-3-bet pots. When your opponent only calls preflop, you can generally assume that premium starting hands that dominate you (like AQ+) are not in their range.

KQs also has great playability with a relatively high chance of hitting strong flushes and straights. Raise with it every time the action folds to you! Missing the flop with a hand this pretty should be illegal.

Playing Against a Raise

KQs will almost always be more profitable as a 3-bet when facing a raise, rather than as a call.

That said, there are situations in which calling makes sense.

As an extreme example, suppose you’re playing in a $2/$5 live game. A very tight player opens to 5 big blinds from UTG and you are in the Big Blind.

The prospects of 3-betting with KQs in this example aren’t very appealing compared to calling. There are a number of reasons for this:

In situations like this, the expected value (EV) of 3-betting and calling will run really close, and I wouldn’t be surprised if a cold-call performs better in practice.

KQs is a great 3-bet hand in most situations, particularly when in position against a middle position raiser. In situations like this, your 3-bet has immediate fold equity, while also doing really well against our opponent’s 3-bet calling range

When facing a 3-bet after opening, KQs should always call. It functions fairly poorly as a 4-bet (except in very rare cases as a 4-bet bluff).

There are some important considerations to be made with KQs postflop in 3-bet pots, but let’s save that for the postflop section.

The best play with KQs versus a 4-bet heavily depends on the positional match-up and your opponent’s tendencies. There are spots in which it’s an easy call and other spots in which you should let it go.

In theory, KQs can be a nice hand with which to call a 4-bet at least some of the time, especially when in position. When both you and the 4-bettor are in late position and/or the blinds, for example, KQs should be called at a pretty high frequency — so long as your opponent is likely 4-betting with a somewhat balanced range.

If you play in relatively soft games, however, you should look to fold KQs versus a 4-bet quite often. Put simply, the poker population of the world does not 4-bet without a super premium hand often enough to justify calling.

Note: Want to know exactly how to play every hand in every common preflop situation? Get instant access to extensive preflop charts and lessons (for cash games, heads-up and tournaments) when you join the Upswing Lab training course. Lock your seat now!

If your opponent just called preflop, KQs will dominate a huge portion of their range while being dominated by none (or almost none) of it. This allows you to go for big value when you flop top pair.

On boards like K♠ 8♥ 3♣ or Q♥ J♣ 3♣, for example, you can confidently bet multiple streets of value, expecting to be called by draws and weaker pairs quite often. I tend to use a lot of 33-50% pot-sized bets on flops when out of position and 33-66% pot-sized bets when in position. On turns and rivers, I’ll usually increase the size of my bets barring a dicey board runout.

You still need to be wary of draws getting there, as well as random sets and two pair combos your opponent will hit from time to time. But, generally speaking, you will make a lot of money from weaker top pairs by betting aggressively.

Tip #2: Semi-bluff with backdoor draws on the flop and prepare to bet big on the turn

Particularly when in position, betting on the flop and then bombing on the turn if you pick up a draw really puts your opponent in a miserable spot.

It might not seem obvious at first glance, but boards like 9♠ 5♣ 3♠ and T♥ 8♣ 2♠ can setup some great situations when you’re holding, for example, K♣ Q♣. There are a few reasons:

Also keep in mind that if your opponent just calls on the flop, their range is quite often capped — in other words, the best hand they can have is top pair. This allows you to drop the hammer on them if the turn card is favorable for your range.

Tip #3: Against a 3-betting range, KQs is often best categorized as a bluff-catching hand

You should basically never fold KQs to a 3-bet preflop, even when out of position, but plan on treading very carefully postflop when you flop top pair.

King and Queen-high boards are generally best played passively with KQ in 3-bet pots as the caller. Give your opponent the opportunity to bluff on the flop and turn, and maybe he’ll make your life easy by giving up on the river.

I wish I had an easy answer for what to do when your opponent triple barrels on a King or Queen-high board. Unfortunately, poker is an endless landscape of indefinite answers. The best play in these tough spots will depend on your opponent’s ratio of potential bluff to value hands, your pot odds, and an honest assessment on if your opponent has the stones to go for it here.

As always, thanks for checking in with the Upswing Blog and I hope you found this information helpful. If you have any questions or comments, let me know below. I’m eager to read them.

Here is what I suggest reading next: 10 Cash Game Poker Tips for Dominating the Table.

Good luck at the tables! 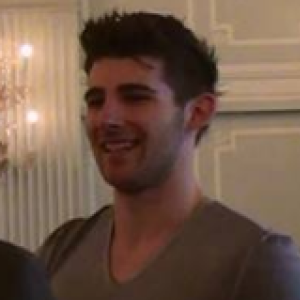