Poker used to be easy.

It almost makes me sick to think about how much money was up for grabs in the years following the ’03 poker boom. All it took to be a poker pro was a little know-how, and a lot of patience.

But the poker landscape has changed with time. Nowadays, aspiring pros need to do a lot more than play tight to be successful.

In this article, I’ll break down three poker concepts that are crucial for serious players to understand in 2018:

I observed these concepts while watching Upswing coach Ryan Fee play a cash game session he recorded for The Upswing Lab.

Let’s dive right in, starting with one of the hottest topics in poker: overbetting.

Overbetting: all the cool kids are doing it!

Over-betting—a bet of more chips than are in the pot–has been a rapidly growing phenomenon at the poker tables over the past couple of years.

If you’re someone who likes to keep up with the latest poker strategy trends, or if you have been watching Doug Polk’s Twitch stream, you have likely witnessed more than your fair share of over-bets.

Over-betting is a complex move, and doing it incorrectly or at the wrong time can be very costly. Deciding when to employ this powerful poker strategy requires attention to detail and strong hand-reading abilities.

Let’s take a look at two examples from the second part of Ryan Fee’s Zone Poker series, where he perfectly illustrates which situations offer the best overbet potential.

in the Big Blind

This is a great spot to employ the over-bet strategy for one primary reason: it’s relatively tough for Ryan’s opponent to have a hand with which he can call a small bet—but not a bigger bet. Sure, the Small Blind can maybe have a hand like ace-high, or a pocket-pair. But most of these combos would choose to raise pre-flop. The Small Blind’s pre-flop play substantially reduces the likelihood that they hold one of these medium strength hands.

Our opponent’s most likely value holdings are limited to 8x hands, as well as some flushes and pocket-pairs that couldn’t find a fold and decided to hero. By putting in such a large bet, Ryan forces his opponent to do one of two things with 8x:

Therefore, as Ryan outlines in this hand, situations where your opponent can have only medium-good hands or air are prime spots in which to overbet for value.

(Note: If you’re enjoying this look into the Upswing Lab, why not check out the whole thing for yourself? Learn more about the Lab and check out Doug Polk’s video walk through by clicking HERE or below.)

Balancing an Overbet Range with Bluffs

Now, I know a bunch of you GTO-obsessed kids are probably itching to find out how Ryan remains balanced when over-betting. Luckily, he found himself in the perfect spot to demonstrate an over-bet bluff later in the session:

You did not misread that hand history—Ryan triple barreled with 9-high, culminating in a 3x-pot bet on the river that put his opponent’s entire stack at risk. Ryan went on to explain the play:

The over-bet can be a great tool to add to your poker arsenal so long as you understand the play and are selective with the times you go for it.

Over-betting is useful, but most of the time extracting value with strong hands will require a more traditional line.

To Check-Raise or to Check-Call

Getting max value with strong holdings is a hallmark of great poker players.

After all, hitting a big hand only requires a seat at the table and a steady dose of patience. Extracting mass amounts of chips from your opponents when you hit big hands requires a lot more than that. Nowhere is this more apparent than when playing pots out of position (OOP).

OOP players who flop strong hands are in the difficult situation of having to figure out, with little information, which of these two options is better:

Generally speaking, since we like to keep our opponents’ ranges as wide as possible on the flop, this decision will be most important on the turn. As Ryan explains, the correct way to approach these turn situations is rather quite simple:

“Versus players you think are more likely to bet the turn and check the river, you’ll want to check-raise the turn, whereas if they’re betting the turn and often following up on the river, it’s better to just call.”

In other words, you want to check-raise your opponent one street before the street they will often stop betting on.

Of course, you are not always going to have the luxury of reads if you’re playing on the anonymous Ignition network. But if you play live, or on a standard poker site like PokerStars or America’s Cardroom, considering your opponents’ betting frequencies will be paramount in deciding how to play your value hands OOP.

Also, keep in mind that there are other factors to consider when choosing between fast-playing and slow-playing a big hand (see: Fast-Playing vs Slow-Playing Revealed).

Recreational players love to make small, weird, and somewhat pesky donk-bets. According to Ryan, the most effective way to deal with a minimum-sized lead is simple:

When facing a small lead, treat it as check.

Ryan demonstrated this concept when facing a min-donk with a weak open-ender in the hand below: “This would have been a flop c-bet had he checked, so we’re going to come in for the raisearooskie.”

With an open-ender and an overcard, calling $2 into $8 would have certainly been a profitable play. But Ryan just couldn’t leave that weak-looking dead money on the table.

Ryan’s raise was called, but his double barrel on the turn

The games are getting tougher, but it’s not all bad news for the wannabe poker pros of 2017. The resources available today make it easier than ever to learn to play at a high level.

Back in ’03, all it took to win at poker was a little know-how and a lot of patience…

But nowadays, it takes a lot of know-how and even more study.

Note: Ready to take your poker game to the next level? Start crushing your tournament and cash game competition with expert strategies when you join the Upswing Lab. Learn more now! 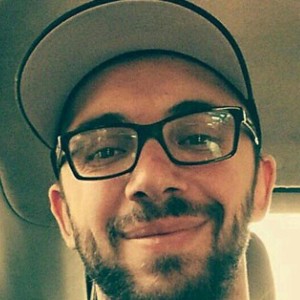