Q: What is more important than hard work?

Malcolm Gladwell made that very clear in his 2011 bestseller “Outliers,” where he popularized the concept that is now known as the 10,000-hour rule.

The idea is that in order for someone to achieve mastery in any domain, they have to spend – you guessed it – at least 10,000 hours. Although the precise number has been seriously contested, the principle behind it has not. It is generally accepted that a solid work ethic ranks at the top of traits necessary for success. Gladwell summarized this eloquently in one of his most famous quotes:

Then there are those who spend their entire lives practicing:

You can practice shooting eight hours a day, but if your technique is wrong, then all you become is very good at shooting the wrong way. Get the fundamentals down and the level of everything you do will rise.

In case you are wondering, that was Michael Jordan.

MJ was famous for his consistency, perseverance, and grit throughout his entire career. Not only did he spend an enormous amount of his free time working on his craft, but perhaps more importantly, he invested the majority of that time working on the basics (work-outs, free throws, etc.). It is very hard to argue with someone like that about the power of fundamentals.

Speaking of MJs, sports is not the only field where practice makes perfect. Michael Jackson was notoriously obsessed with his dance routines. To improve his signature fluidity and technique, he habitually repeated the same “standard” moves for hours on end, until he would literally collapse from exhaustion. Writers are similar. The likes of Ernest Hemingway and Stephen King made it a habit to write as many as 2000 words a day. Talk about dedication!

The list goes on, but you get the idea. Although you may be wondering: why do these highly successful people seemingly waste their time with such tedious tasks? Are they not “better” than that? Wouldn’t their precious time be better spent working on more advanced concepts, matching their great talent?

These are fair questions, although the unstated assumption behind that is that fundamentals and success are uncorrelated. On the contrary, the exact opposite seems to be true. Not only are these mundane tasks not as wasteful as one might think at first glance, they may very well be the core of what makes these legends great to begin with. Thus, we should seriously consider applying these tested methods in other domains of life, especially ones which are relatively new.

This brings us to (winning) poker. Very much like any other learned skill, poker has its own set of fundamentals that we need to constantly prioritize over other fancier and more refined techniques. If we want to be successful, perhaps we need to think like MJ and make sure we are done shooting “free throws” for the day before moving on to more elaborate tasks.

Upswing coach Ryan Fee has a nice metaphor to describe this idea. He visualizes poker as a tree that bears each opportunity (for profitability) as a fruit. Of course, not all fruits are equally accessible and valuable. At the bottom of the tree we have the “low-hanging fruit,” namely fundamental concepts that are easy to learn and very important to understand. These are things like pot odds, pre-flop hand selection, c-bet strategies, etc.

Next, there are the “mid-hanging fruit,” i.e. concepts that are tougher to grasp and less consequential than the low-hanging fruit. Things like blockers and basic balancing strategies fall under this category.

Finally, there are those isolated and often thorn protected “high-hanging fruit” which are not only hard to reach, but may also hurt us in the process of trying to get them. These are the most elaborate and subtle game theory concepts (bluff-to-value ratios, minimum defense frequency, optimal balancing, etc). If used properly, these strategies will give us a relatively small win-rate boost, but, if used improperly, they will be very costly.

(Note: High-hanging fruit strategies can be “costly” even when applied properly. That’s due to opportunity cost: the idea that studying other, less sophisticated strategies may be a more profitable use of our time.)

One will usually gain more profitability from the low-hanging fruit as from higher ones. In other words, one shouldn’t spend time studying complex concepts without first nailing down their fundamentals. Sure, we can eventually attempt to get all the fruit within our grasp, but it does not hurt to do that in order of convenience. On the contrary, it may help us speed up the process.

Nail Down Your Fundamentals with Step-by-Step Instructions

Learn exactly what world-class pros would teach their younger selves about poker in the Upswing Lab. A natural question then is: what are the low-hanging fruits in NL Hold’em? Before we proceed in listing some of them, let’s first decide what is a “core” concept in poker? Of course, this comes down to how one defines them. Personally, I think of fundamentals as anything that satisfies the following properties:

These words form the acronym B.A.S.E. which is rather handy. Without further ado, here are some concepts that fit the profile.

Long before the higher-hanging fruit of minimum defense frequencies and range balancing come three very ripe low-hanging fruit, which I like to call the poker “Trifecta.”

These are elementary topics that have been analyzed extensively, so I do not want to go over them in too much detail here. What is fundamentally important about the Trifecta, however, is that it can be roughly viewed as a point system. Each player “scores” 0-3 points before the flop depending on how many pieces of the Trifecta they control. This creates a quick and rather accurate evaluation of long-term advantage moving to the flop. For instance, if Alice isolates 3 limpers on the BTN with A♣ 5♣, she controls the entire Trifecta (3/3 points), while if she opens in middle position (with the same hand: A♣ 5♣) and gets called by a player in position, she no longer has position and likely no Range Advantage either (thus, only 1/3 points).

All else being equal (including skill), the player with the highest score is usually (but not always) at an advantage. These are what I call innate properties of the game. Not unlike chess, where the person with the white pieces has an in-a-vacuum mathematical advantage, the poker player in control of the Trifecta has a similar innate advantage.

The claim here is that, in the long run, those players with the Trifecta profit over those without it. This is to some extent intuitive, as having a strong hand on the button and playing it aggressively is almost always a recipe for success, while limp/calling with – say – 57o from UTG is a recipe for disaster.

For those still skeptical about the potency of the Trifecta, I propose the following thought experiment: Imagine a game where you were always handed the full Trifecta in each hand. That is:

Q1: Is there anyone in the world you would not play against? (At your regular stakes for 100 BBs cash.)

Q2: Would you play HU versus anyone who has the full Trifecta pre-flop against you? If so, whom?

Let me know your thoughts in the comment section.

There are many ways to lose in NL Hold’em! As a matter of fact, every single style can be a losing one (Loose, Tight, Aggressive, Passive and everything in between). Unfortunately, as the data suggest, the opposite is not true. For instance, one does not stand a chance at winning in most games unless they are aggressive (namely favoring betting and raising over calling and checking).

Aggression is what mathematicians call a necessary, but not a sufficient, condition for success. As a result, it is a good habit of winning players to prioritize aggressive actions versus passive ones. Alice has a relevant poker mantra she lives by:

This is her way of summarizing the following intuitive principle: If there is a good reason to be in the pot, she should fight tooth and nail to extract maximum chips from her opponents. Otherwise, it is likely time for her to abandon ship. The quicker, the better.

Of course, there are exceptions to the rule and there is a time and place for those too. However, the fact is that, unless Alice is playing at a game she should not be, she is rarely involved in a hand over which she has no control.

Speaking of which, a predominantly aggressive strategy has another very important consequence: Unequal distribution of “aggressive” versus “passive” spots. In Alice’s case, for example, her aggressive lines are overwhelmingly more frequent in practice than their passive counterparts. Because of that and instead of focusing on times when she is on the receiving end of aggression, she prefers to work on her offensive strategies first. A few examples of her priorities:

That’s all for now!

Drop any questions for Dr. Duncan in the comments section below!

Take Your Poker Game to the Next Level Now >> 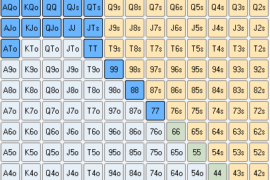 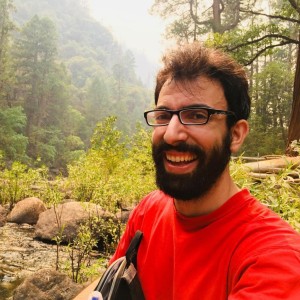