Top 10 Questions from Doug Polk’s “Ask Me Anything”

So far, things have been going well for Doug Polk in his Heads Up Grudge Match versus Daniel Negreanu.

Doug recently posted a Reddit AMA (Ask Me Anything) thread in which he answered the poker community’s most burning questions regarding the challenge. I went through that thread to highlight the top questions that Doug took the time to answer.

These are many of the questions I’ve heard time and time again on social media and in the live chat during the challenge. So, if you’ve had a question about Doug’s challenge, there’s a good chance it’s answered below.

Note: For the most up-to-date information on the challenge as it progresses, visit our tracking page.

1. How is Daniel playing compared to what you were expecting? Going in, what was your assumed win-rate, and what do you think it is now?

The side bets are at 4:1, and the breakeven point on that is approximately 8 bb/100. I was pretty confident to be ahead of that mark.

2. Can you see yourself and Daniel being pals after this? Do you find the animosity you had towards him has dispersed?

I think overall my relationship with Daniel has gotten a lot better through this. I would say before we had a lot of animosity, but now it’s subsided a good amount.

We don’t see eye-to-eye on a variety of issues, but I don’t think he is a bad person or anything. I don’t see us being friends following this. But yeah, it’s at least on some reasonable terms now.

Then again, if he goes on a really bad run at this point it could be gg. Hard to say.

4. Do you plan on playing any more high stakes challenges after this?

Might take a couple soft spots if they come up, but no big battles vs top guys. To be honest, I’m already looking forward to not playing anymore poker.

5. When you started the contest, did you consider what your worst-case scenario total loses could be?

I thought if Daniel was particularly good, there would be outlier scenarios where I could lose $1,000,000 or so. I didn’t think it was likely, however.

6. Do you think Daniel has a chance to beat you still?

Now we can make some assumptions either way. Let’s say he improves and has been running bad situationally…

(I don’t think that he has been btw. He has certainly run bad in all-in pots. I think it’s fair to credit those back to him in an EV calculation, but situationally there isn’t a good way for us to know who has been running better. But for the sake of argument let’s go with that.)

But it could also go the other way, let’s say we are underestimating his loss-rate and its closer to 20, He is probably a 100:1 dog to win. Lot of assumptions getting thrown around.

If I had to guess, I would say he is probably gonna on average lose at about 10-15 theoretical bb/100 over the rest of the challenge. If he keeps getting better and eliminates some of the bigger mistakes maybe he gets that down to 5-10. Time will tell. Frankly, it’s a lot of fucking random ass guessing.

7. How would a match between 2020 Daniel and 2016 Doug go? What types of spots or leaks would you expect to be able to exploit?

8. What are your thoughts on PLO?

9. Are you coming out of poker retirement after this?

Almost certainly not going to play after this. But I cant say absolutely. Let’s just enjoy this while we have it.

10. What have you noticed about the solvers where you can say, “well I have played that wrong my entire life?”

Monotone boards are a mind-fuck. You bet small and check a lot. Who knew.

What would like to ask Doug if given the chance?

Let me know in the comments. Maybe the commentators will even ask your question to Doug in one of their post-match interviews on the Upswing Twitch channel! 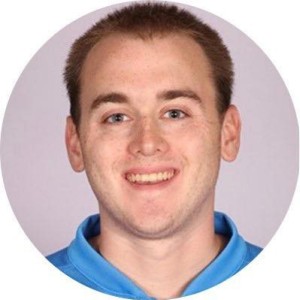