In Day 3 of his $10,000 Bankroll Challenge,  Upswing Poker featured coach Doug Polk actually had a pretty great session, grinding it up to $118.70 from the $93 he started the day with. Despite some brutal bad beats early on, he got back in the saddle, playing a combination of No limit tables and a very profitable Pot Limit Omaha cash game.

It was truly one of the best streams in recent memory. Subscribe to UpswingPoker on Twitch and check it out for yourself.

Some, however, thought that the third Twitch stream was too short at only three hours and forty four minutes. Some would like to see Doug playing as much as a human can play on stream.

Well, those people lost the right to complain about anything ever again since Doug Polk just finished an impressive 19 hour stream to win a grand total of $10 in rakeback bonuses.

Unfortunately the VOD is not currently in the Twitch archives, so this stream may be lost forever. However, Doug Polk saved this part of the stream for the future online poker archeologists to be confused about.

Moving on Up in Stakes

What we do know is that four hours into the session,  Doug was getting ready to finish for the night when he noticed something at the upper left corner of his screen. He had about half the points he needed to win a $10 rakeback.

Oh, this could not stand. Doug Polk wanted that $10, he wanted it so much that he decided to continue playing until that meter reached 100%. 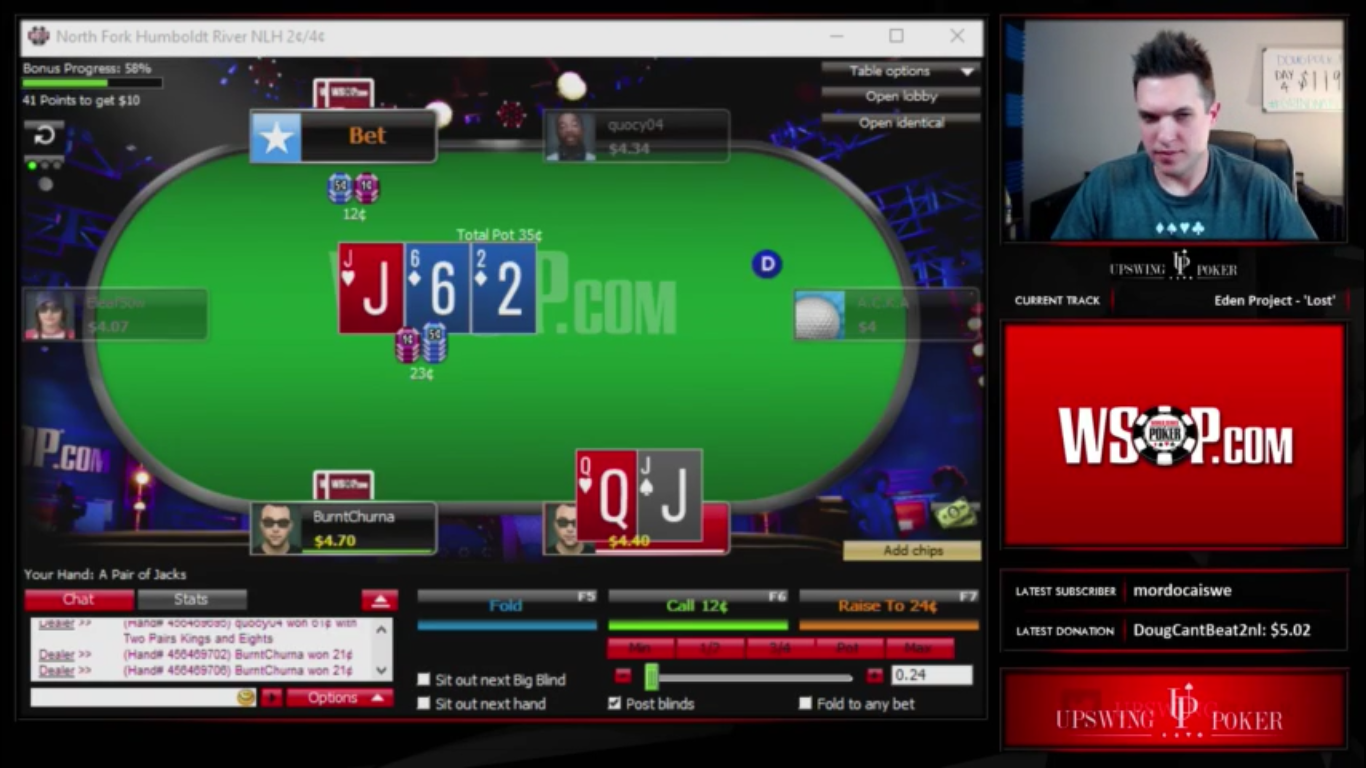 Early in the session, when the rakeback meter stood at 58%

With hopes of reaching the $10 a bit faster, Doug decided to move up to a $0.02/$0.04 table. His more aggressive bankroll decision did not pay off. Doug was running bad, really bad. He was forced to fold more flops than what we’ve grown accustomed too from him.

Answering a question regarding how much poker should someone who is just starting out should play, Doug said ‘‘If your really want to play, I say you just play until you are done playing, you know?’’ A statement we now know he takes to heart.

The difference between $0.02/$0.04 and $0.01/$0.02 turned out to be significant, as Doug’s opponents seemed considerably more loose/aggressive than the loose/passive and tight/aggressive opponents that we’ve seen in earlier streams.

Of course that may just be an illusion caused by how terrible Doug was running, being forced out of almost every hand.

‘‘I think this is the worse I’ve ever run in a session.’’ Doug said just before deciding to move down on stakes, his bankroll now at $45.07. 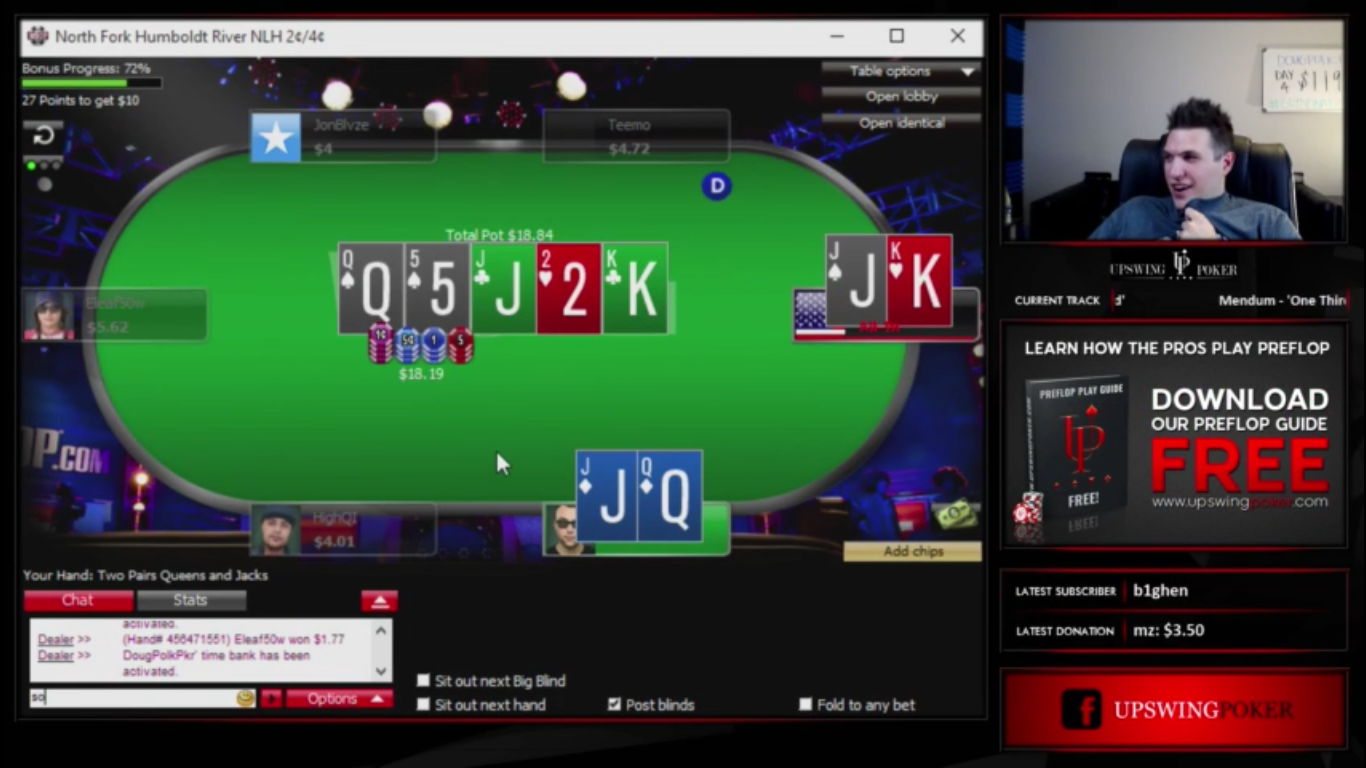 Moving back Down in Stakes

He decided to move back to $0.01/$0.02, back to his regular four tabling formula, including a couple of Heads up sit and gos. Relieved, he told the Twitch audience,‘‘I’ll tell you guys, it’s nice to not be… losing’’. Which normally would be a funny joke but after the disastrous NL4 run he just survived, it was almost heart warming confession. 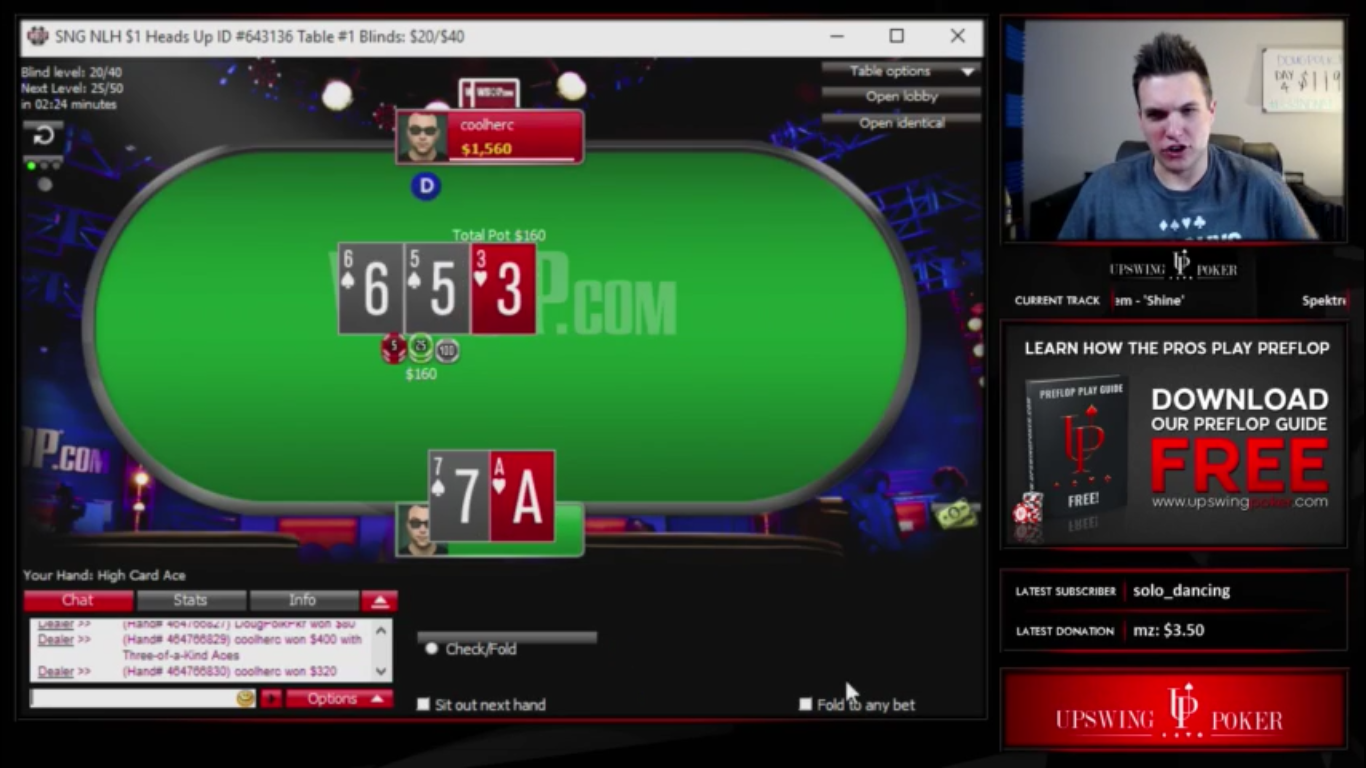 Sometimes you gotta move down

During the long Twitch stream, the irony of the fact that he lost almost $73 in a marathon session to win $10 did not escape him, mostly because it was all the twitch chat could talk about.

The requests for the Twitch Nightbot for bankroll updates just kept coming and coming, never satisfied with the two digits that it had to show. Many wrongly assumed that they were watching the Bankroll Challenge crash and burn. Still, Doug kept his chin up and kept grinding.

Had he lost his mind after Twitch streaming for so long? Well, it’s hard to rule out the possibility.

18 hours into the stream the bankroll was back to a respectable $72.

An hour before the end of the stream, the counter was at 99%, Doug celebrated, but of course knew that this meant at least an hour more of play before he can get the grand prize of $10.

Despite the meager prize, at this point even the snarkiest of commentators had to respect his drive. He worked more hours than what most people with ‘‘real’’ jobs do for less than the price of an average movie ticket. And why did he do it? Because he challenged himself to do it, and that’s just the type poker player he is.

The meter got to 100% while Doug wasn’t looking and he took a minute to realize what had happened. He checked his cashier and… the money wasn’t there. He played some more, thinking that perhaps the meter had to go back to 0, but nothing happened.

Meanwhile, the twitch chat seemed a bit underwhelmed. And it was hard to argue with them, nobody was expecting for hookers and blow to start raining off the ceiling, like it happened in Dan Blazerian’s Bar Mitzvah, but they were expecting something from WSOP.com. 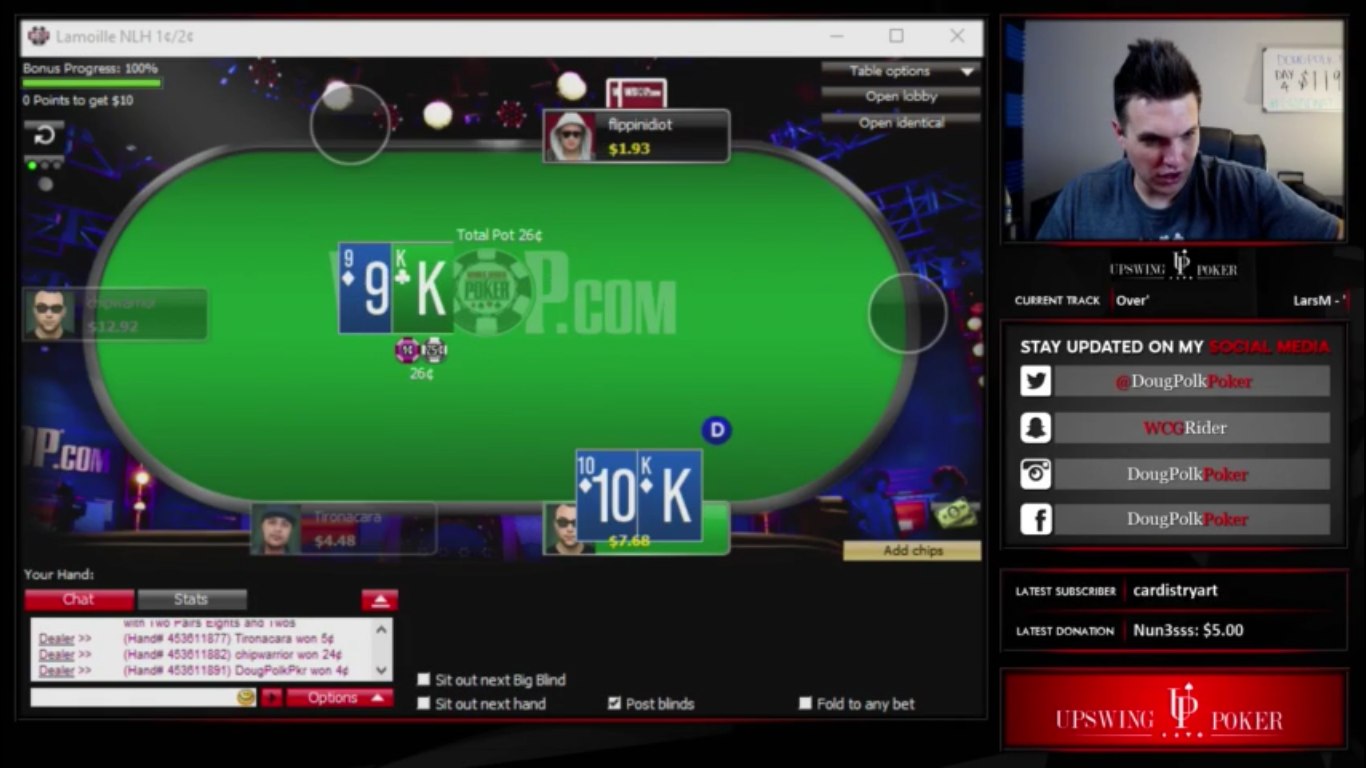 The celebration and relief finally started, however, when Doug confirmed that he had the $10. The most precious $10 in poker history.

Ending the longest session in Upswing Poker history, -possibly even Twitch Poker history- with an $85 bankroll and the knowledge that he did what he set himself to do, despite everything being against him.

Doug ‘WGCRider’ Polk, thanked his audience for accompanying him through this journey and took a well deserved rest. 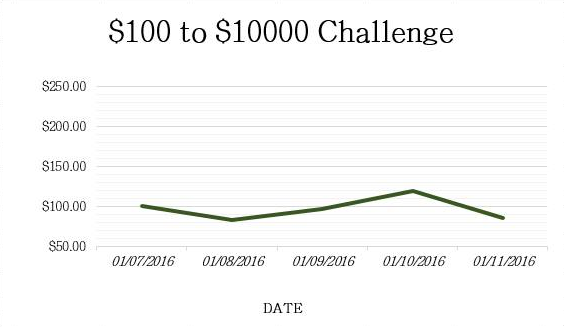