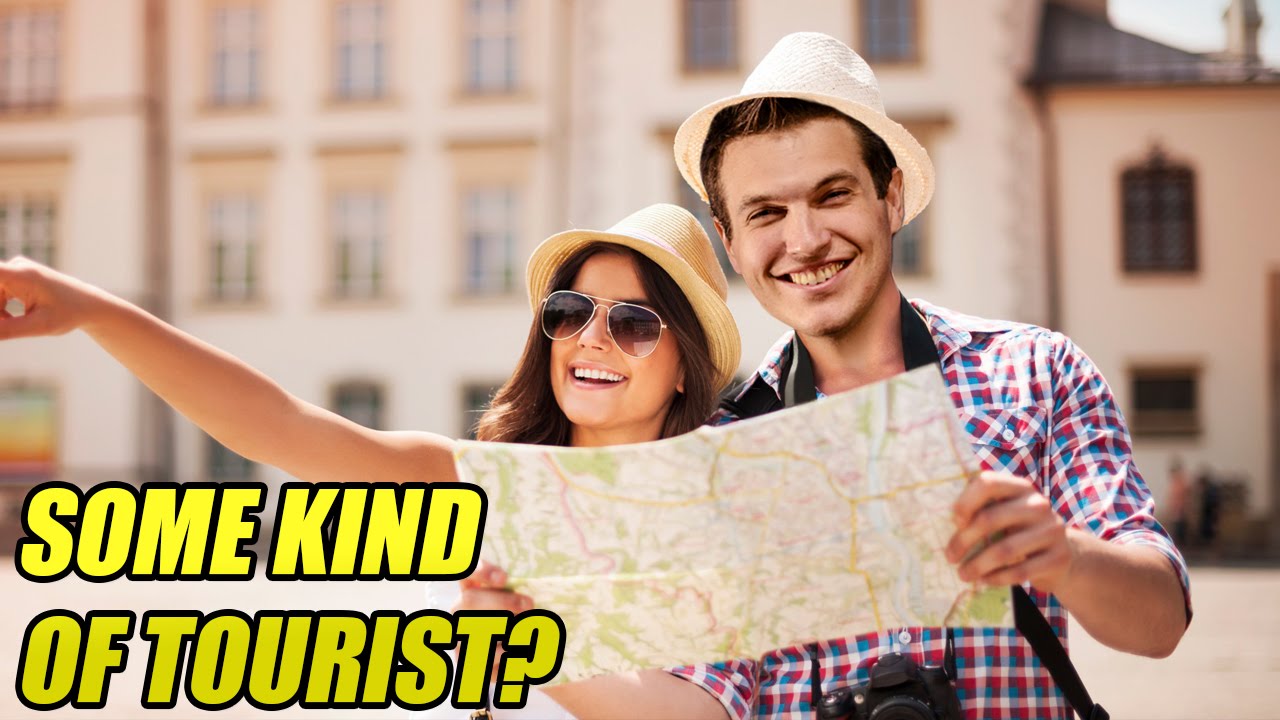 In Day 2 of Doug Polk’s 10k Bankroll challenge, the stream took a turn for the better with Doug achieving a $2 hourly, recovering from his first session and grinding his bankroll up to $97 to end day 2.

Now, only $3 away from the break even mark, featured Upswing Poker coach Doug Polk is looking for a fresh start in his quest to restore the poker dream.

Doug ‘WCGRider’ Polk started the third day of his Bankroll challenge ready for action. He After a few shoutouts and the announcement of the stream moving to 5:00 PM PST before hopping right in.

In a change from past streams, Doug decided to start the day four tabling right away.  Playing two tables of cash, a $1 poker tournament and a freeroll. He also took time to announce his first bluff of the day, taking down $0.14 with just a 6 high.

Twenty minutes into the stream, Doug got some more of the authentic micro stakes poker experience, with pocket Kings flopping a four of a kind. Doug was seemingly confused by his opponent’s actions. Wondering what could he possibly have, having raised the turn after a flop of two kings and a queen. 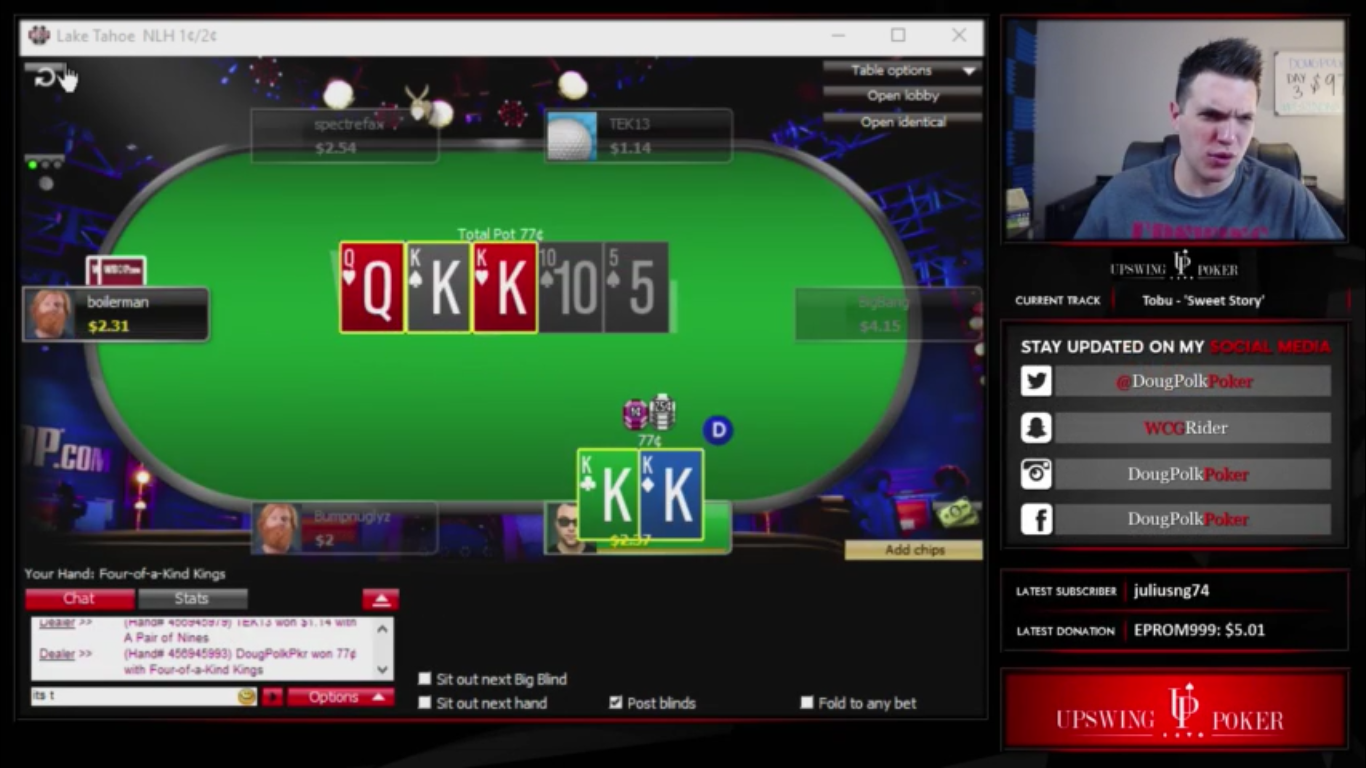 The answer? A pair of tens. 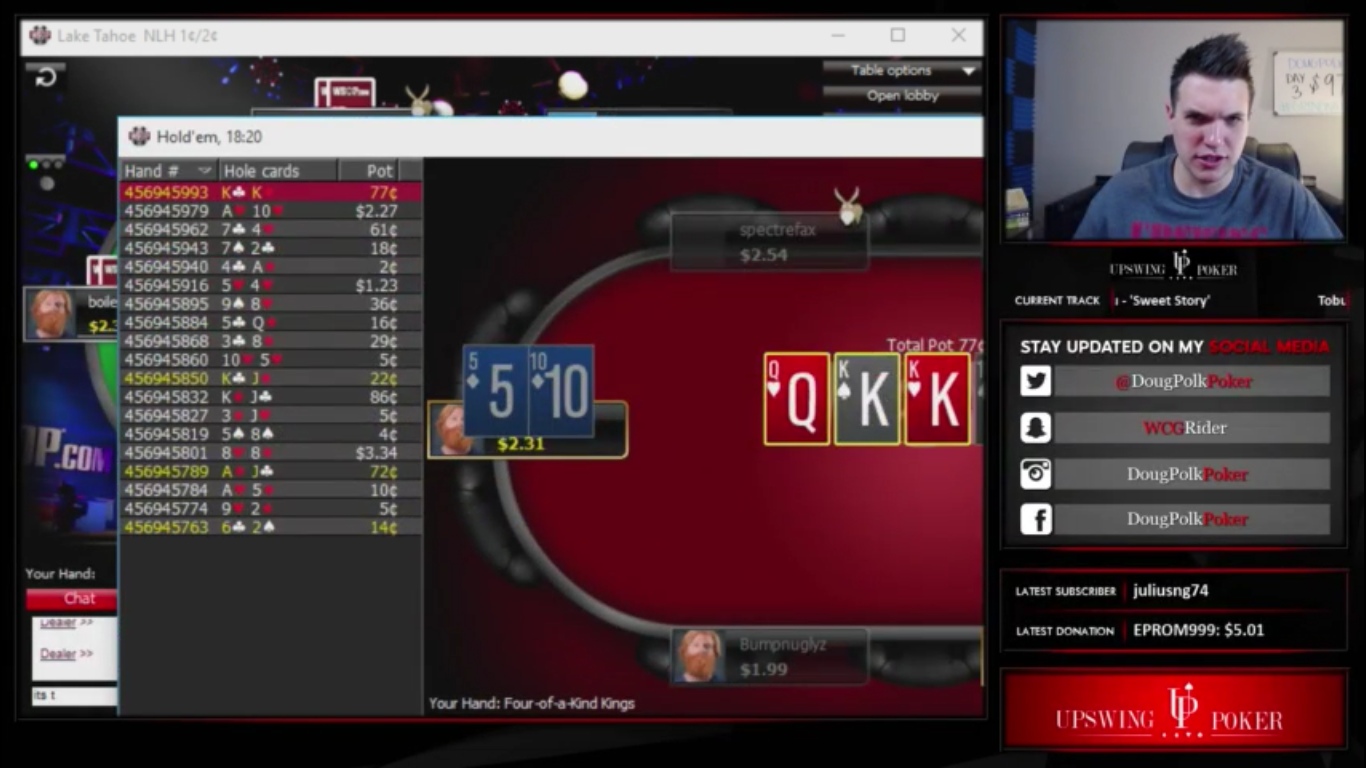 ‘‘People are playing like it’s for free’’, Doug Polk said before reminding himself he is playing in the lowest of the micro stakes cash games. However, a couple of hands later he found himself against ‘‘Kurt451’’. 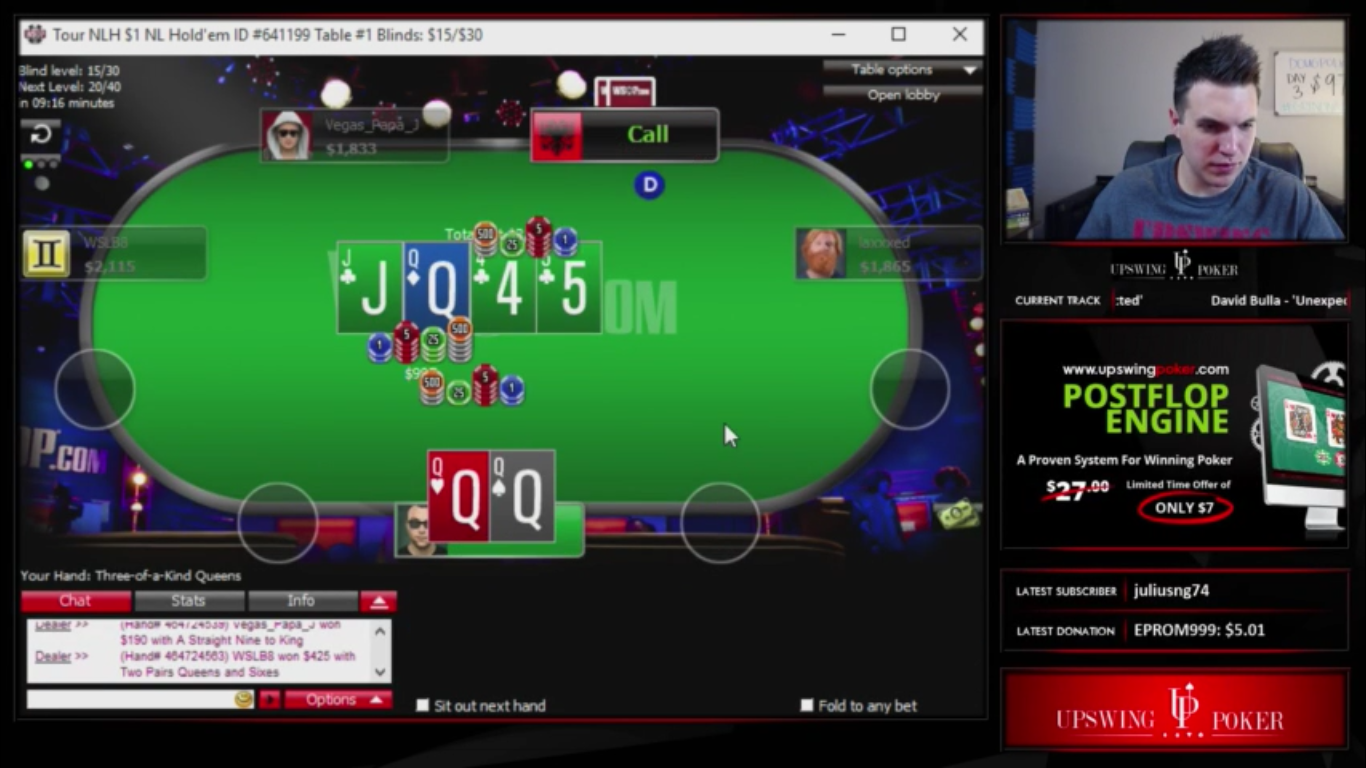 It started with Queens, or ‘‘our third favorite hand’’ as Doug calls it. Doug gets snapped called by Kurt and is rewarded with a flop consisting of Jack-Queen-Four, giving him a set. It goes check-check, Doug bets the turn, a five of clubs, and the river, a ten of hearts. Kurt snap calls both, only to show an Ace-King, he got a straight in the river. 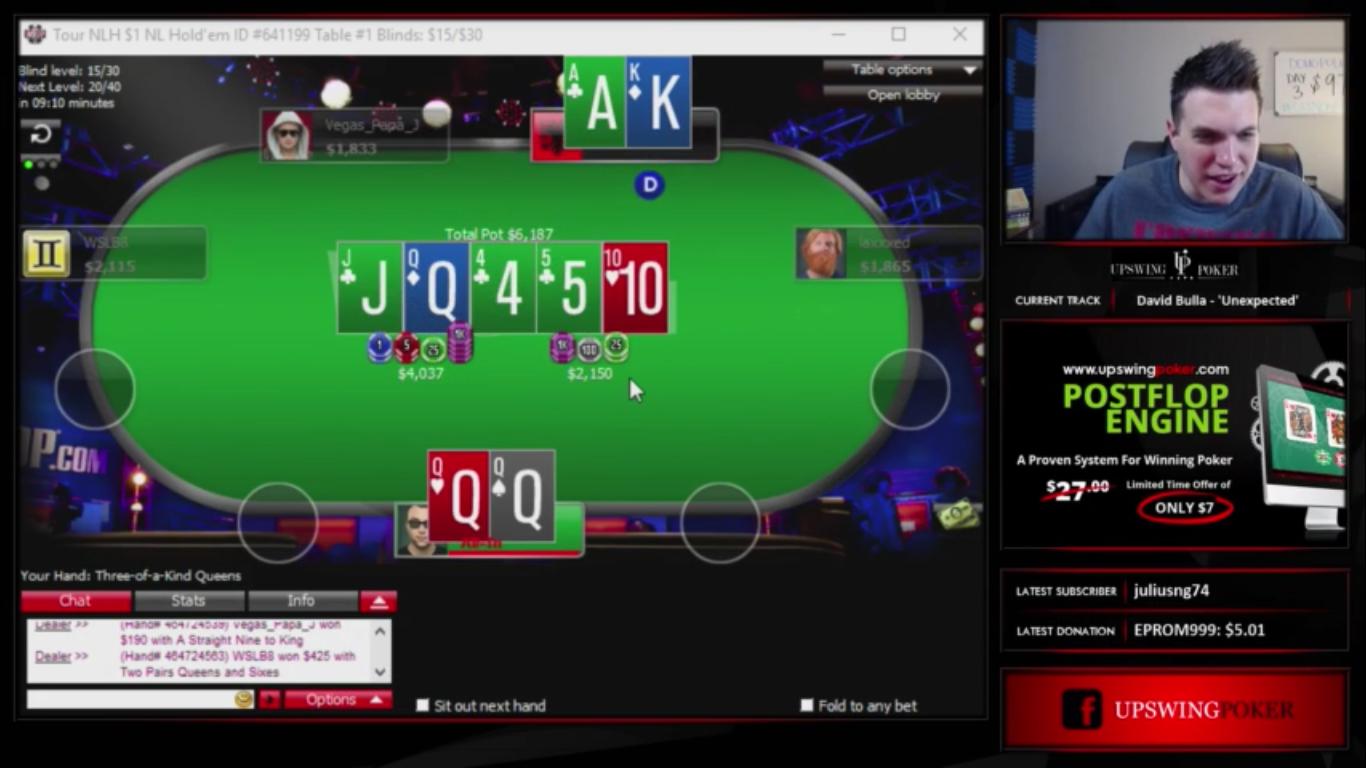 That was painful, but some might still call it standard for ‘‘the micros’’. Few would be as dismissive of the hand immediately after that, however…

Doug laughed the Set vs straight hand off with a ‘‘They sure don’t make those sets like they used to.’’ ‘‘They make Jack-Ten like they used to, though!’’, he announced happily once he flopped a seven to Jack straight. After calling the flop and betting the turn, another eight, Kurt called Doug’s raise to see the river, a Jack. Kurt sees the river, tanks a little bit and bets the pot. 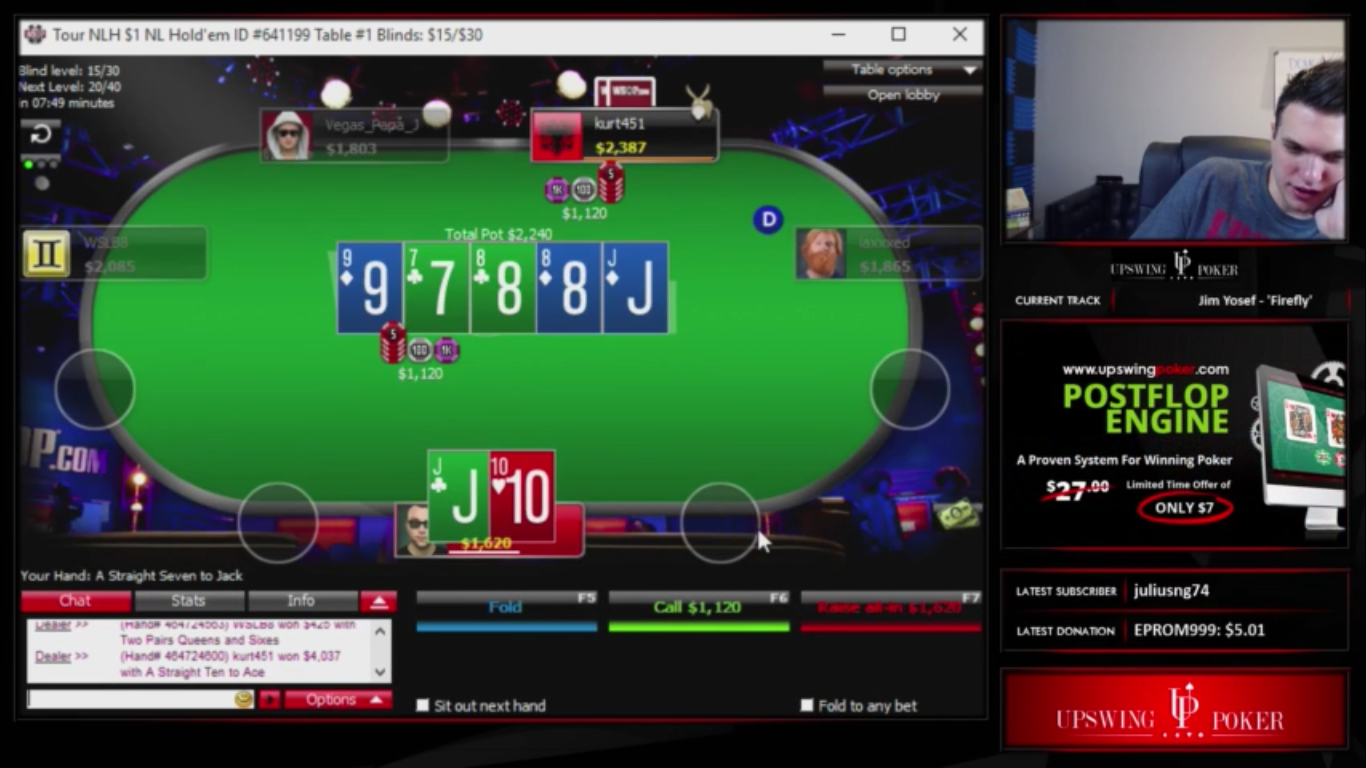 After giving the Twitch audience a look, almost as if asking if they were seeing what he was seeing, WCGRider called. Kurt had rivered a straight, again. That Jack on the river was literally his only out, he had only a 6% chance of getting there according to the featured Upswing Poker coach. 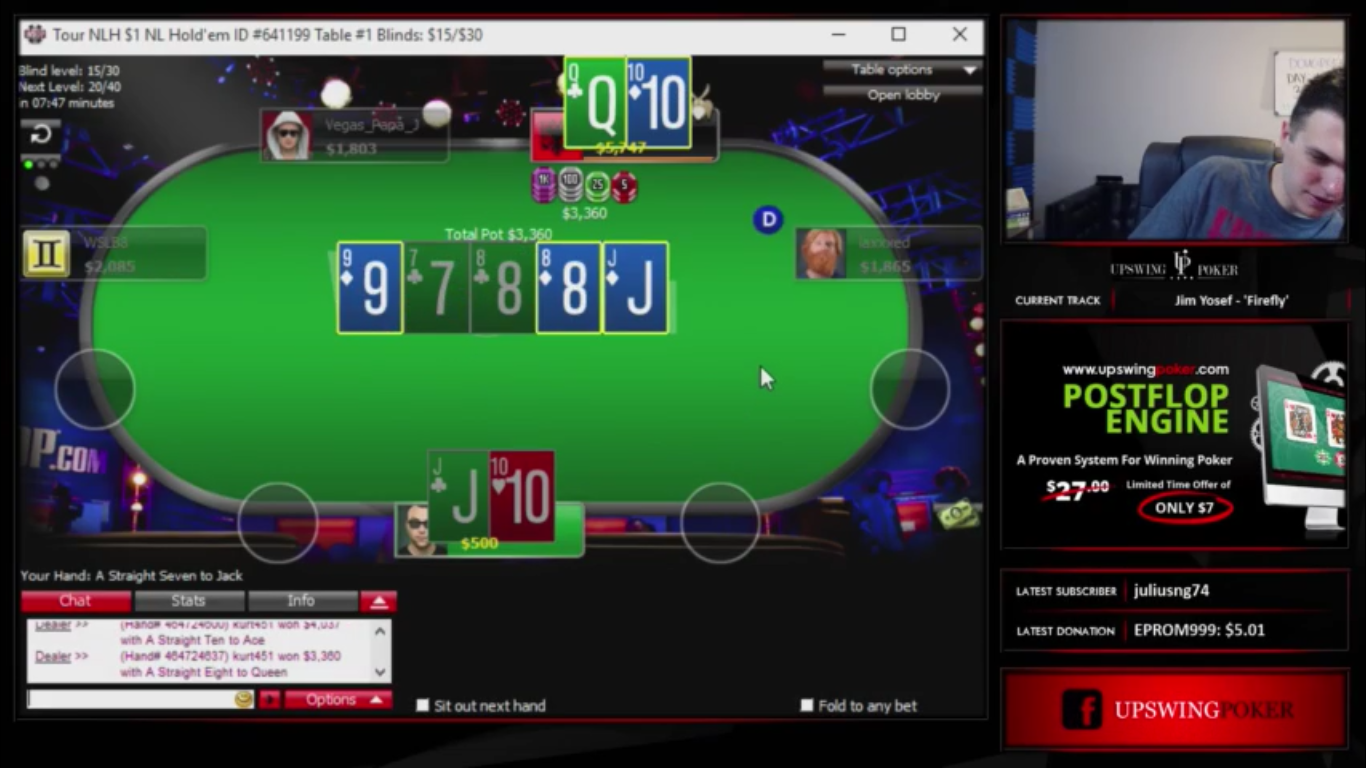 Luckily, Kurt had mercy on Doug’s badly beaten soul and folded pre-flop the very next hand.

An hour into the stream, it was time for the Doug Polk Q&A Strategy, featuring questions taken from Twitter. Here are some of the highlights.

Get it in for value much lighter. Can’t treat mid pairs like sevens, tens and jacks like they are not really good hands anymore, Ace-Queen is the new Ace-King.
Has the short-stacker committed themselves? If the answer is no, then they might be bluffing. So don’t over fold thinking they can’t be bluffing when they really can.
Make sure to open lighter with the short-stackers behind you, because you are more likely to get jammed on, because they are risking less while possibly winning a lot more.

@DougPolkPoker What is your general spin n go strategy? #Upswingpoker

Summary of Doug’s answer: The big difference between Spin and goes and sit and goes is that in spin and go’s the winner takes all. So in Spin and Goes you should always do what gets you more chips, while in sit and goes there are ICM considerations. In Spin and Goes, first and second are essentially the same place so you shouldn’t try to ladder up to not cash, so get in there and try to win as many chips as you possibly can. .

Summary of Doug’s answer: Around the bubble and around the final table bubble. But in Doug’s opinion, tournament players play too conservative. There are moments where you need to consider the pay jumps and try to ladder up but aiming for a min cash is not good. In general, you want to go for it and take down those pots.

Remember to tweet your poker strategy questions to @DougPolkPoker as soon as the Twitter Strategy Segment is announced if you want to receive an answer.

The grind is back, now featuring 25% more PLO!

After the Twitter Strategy Segment, Doug moved on to a $2 Pot Limit Omaha cash game, much to the delight of the PLO adoring Twitch chat. He continued with a combo No limit and PLO for the remaining of the stream.

When someone asked him to respond to Daniel Negreanu’s comments regarding his play, WGC Rider answered: ‘‘Daniel Negreanu doesn’t know about this thing called strategy, it’s a more advanced concept.’’

During the rest of the stream, Doug continued the four table grind with a smile on his face and no shortage of Bazams. At the second hour, he declared a new high on the bankroll challenge, at $113.04.

Earlier on the Twitch stream, Doug expressed some doubts on playing PLO cash games due to the high rake. However, the four card game turn out to be his most profitable, winning almost ten dollars in a single table. It also allowed for some cross-media banter between him and Joey Ingram, who was in the chat. 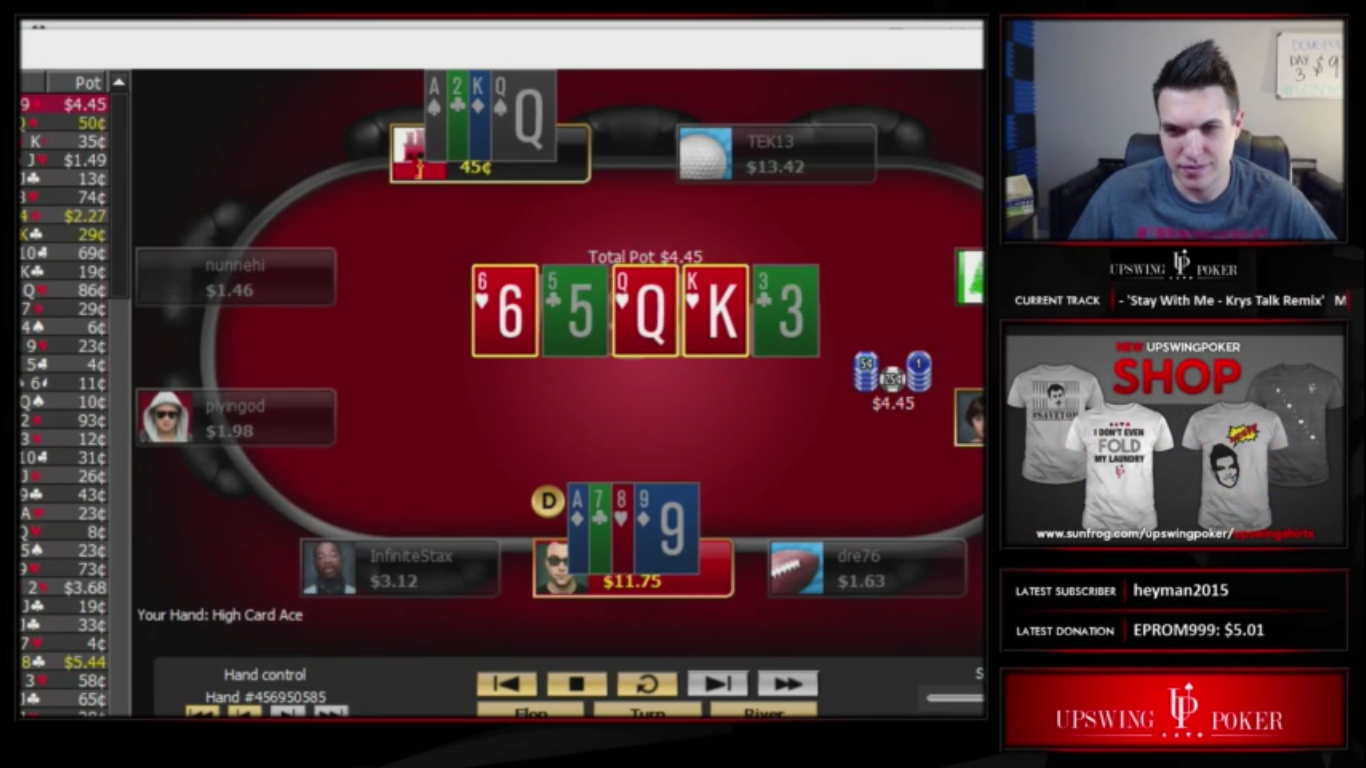 ‘‘Joey, are you seeing this shit!? What was King Queen doing there?’’

The good times kept rolling in until the last hand was folded, an Ace-ten. After the rakeback points were converted, the session ended with $118.70. This was the shortest Twitch stream in the challenge by far and also the most eventful. With bad beats, bounce backs, new highs, guest stars in the chat and even a hint of drama. Leaving many in the Twitch chat expressing their support for Doug Polk and their desire to come back the following day for more.