All That Work Down the Drain – Bankroll Challenge Day 13

All That Work Down the Drain – Bankroll Challenge Day 13 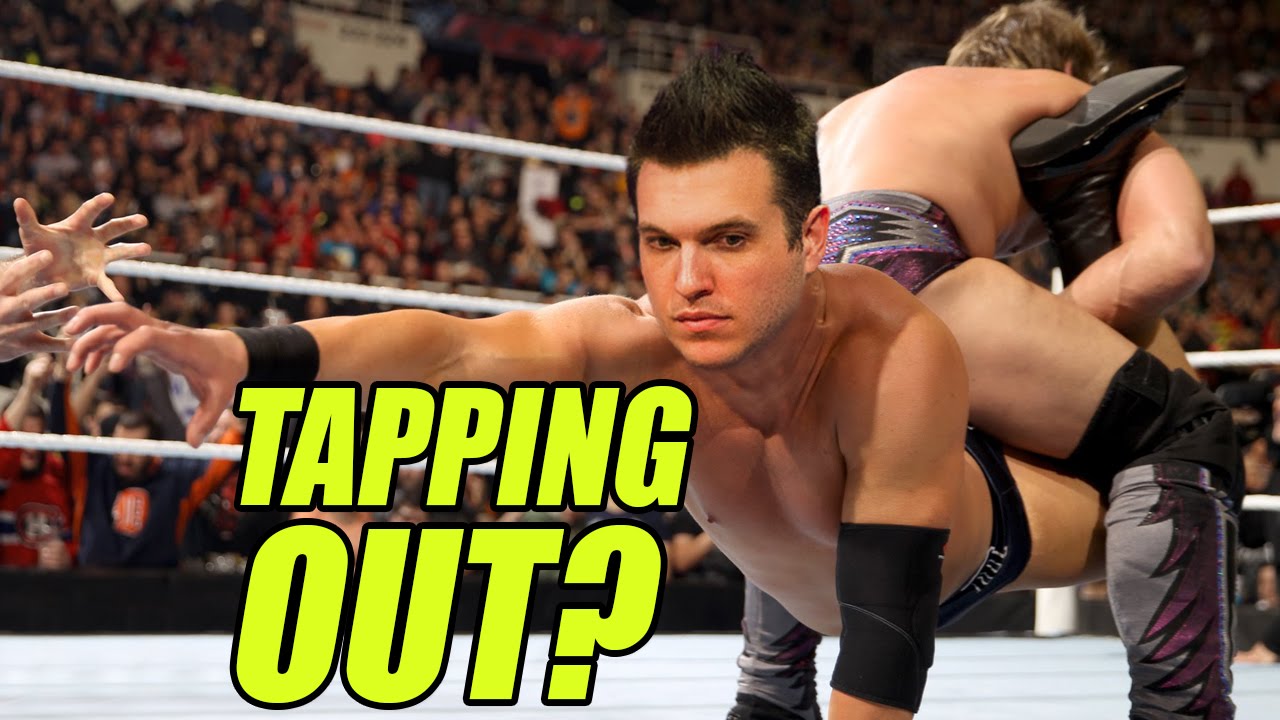 In Day 12 of Doug Polk’s Bankroll Challenge, Doug was back to his old winning self.

The day started with the bankroll more or less intact, with a few tournament bust outs but with a few sit and go cashes to cancel them out.

As the day continued, lowering the stakes proved to be a successful bankroll strategy, the cashes got the better of the bust outs, eventually rising the Bankroll from $351 to $407.

Returning to (Heads Up) Cash

Doug welcomed us into Day 13, the last session of the week, by jumping directly into the action with a $5 Sit and goes. He registered into a series of tournaments ranging from $1 to $5, choosing to once again skip the $10 tournaments for the day.

Doug explained that he usually likes to lower down in stakes after a few losing days.

Almost as if to illustrate his point, he teased the audience with a $20 tournament, showing the lobby, but decided not to, as it would be too irresponsible. 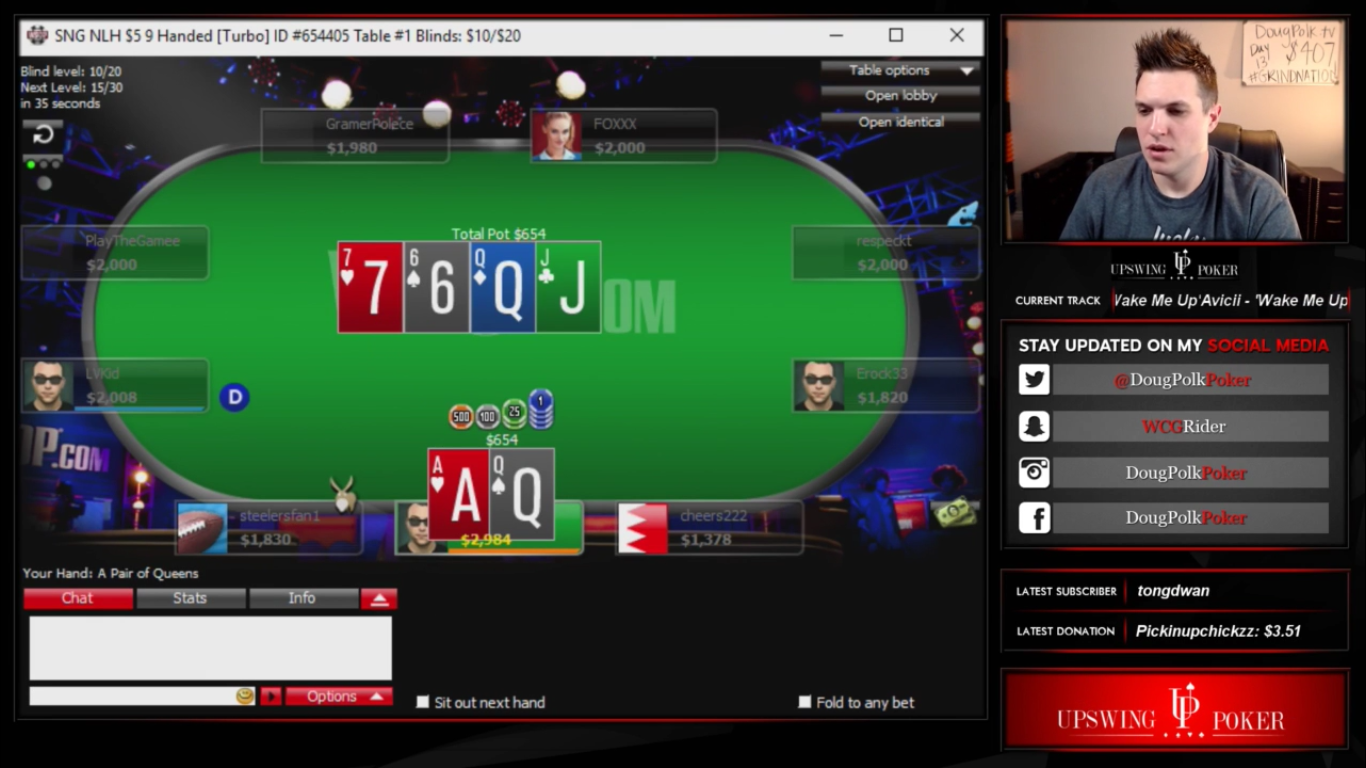 After taking down the $5 Sit and go, however, encouraged by the chat, he decided that the edge he had in heads up poker that outweighed the risk of busto. He joined an empty 6 Max NL20 cash game, to play heads up.

As expected, one after another Four regs sat down within minutes. Once they were all there, Doug made it clear that he won’t play 6 max and that he is looking exclusively for a heads up match. So, through the in-game chat, they all agreed to play against him in one table each, two at a time.

Soon, Doug was multi-tabling NL20 heads up matches, seemingly abandoning his initial bankroll strategy of playing only the rake-light tournaments.

An hour into the stream and Doug had doubled up on one table against ‘‘HellaEffort’’,  but was two buy ins down against his other opponent, ‘‘Robercs83’’.

Doug was also playing a $1 tournament. He told the audience that, while he won’t sit out of it, the stream will now focus on the NL20 Cash games for the day.

When they say Heads Up, just Sit Out 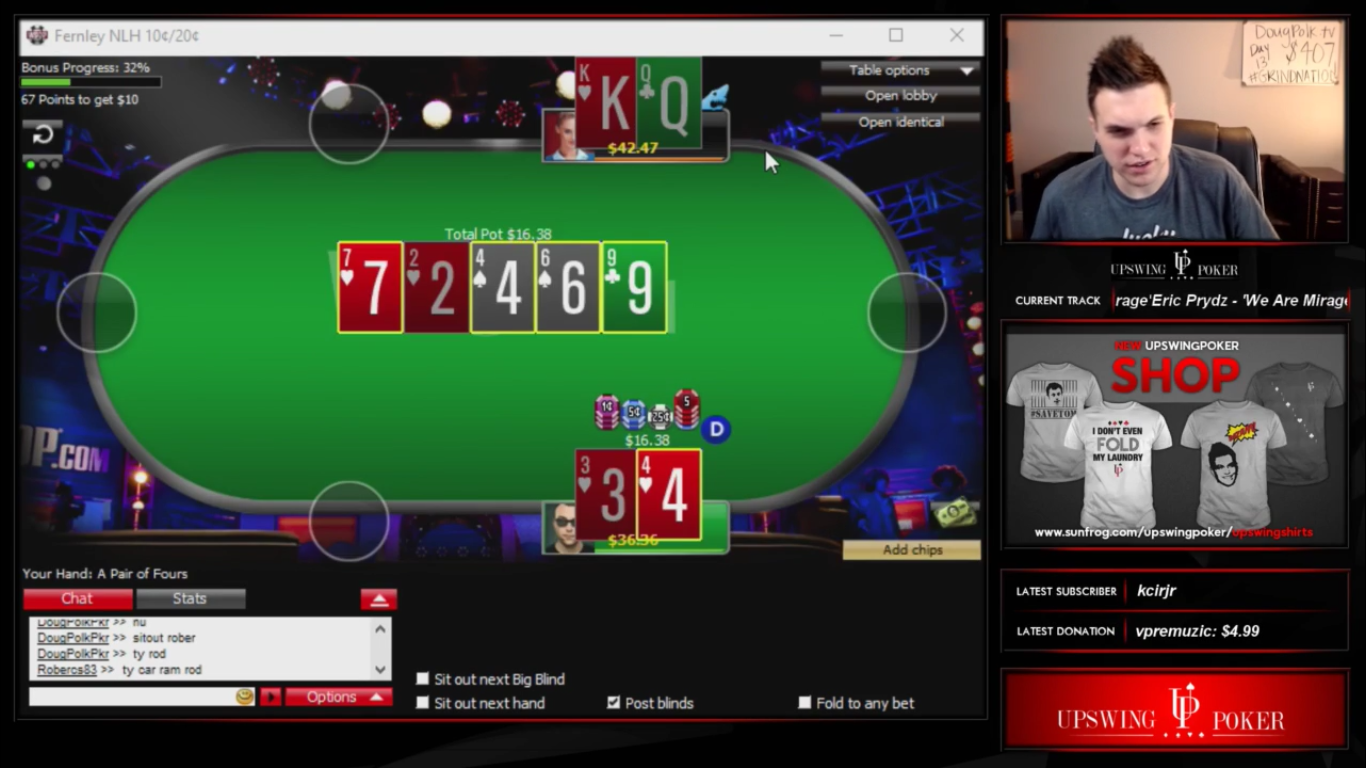 An hour and a half into the stream, Doug was close to even against Robercs83, but had lost a buy-in and now was also even against HellaEffort.

Through out heads up battles,  other players would sit in, stubbornly wanting action despite being told that it was a heads up match.

Doug punished one such opponent, by playing a hand against him and taking almost half his stack before sitting out to find another table with HellaEffort.

Remember proper etiquette, kids. If they ask politely to have a heads up match without you, you be polite yourself and find another table.

Putting In the Effort

HellaEffort lived up to his name and won two more buy-ins from Doug, who, meanwhile was even against Roberc83.

After a sick pocket 8s vs pocket Queens cooler costed him another buy-in, Doug reassured his audience that he feels pretty good about the heads up action, and that he will continue playing.

He repeated the same message again, with a hint of sarcasm, when another cooler against the same opponent, HellaEffort, cost him another buy-in. Now Doug was $100 down in the NL20 tables.

By the second hour, he had busted out of the $1 tournament.

Ten minutes into the second hour, soon after Doug was able to win a buy in back, HellaEffort decided to call it a session, and left with $92 from the bankroll challenge in his pocket.

Luckily, another reg, quocy04, sat down and the play continued uninterrupted. This time Doug had close to $50 in chips while his opponent only had $20, so they changed tables to make it an even match. Meanwhile, he was two buy-ins ahead of his other opponent, Robercs83.

Throughout the matches, Doug expressed his joy at finding himself playing his favorite game, Heads Up No Limit Texas Hold’em, despite being down for the day. 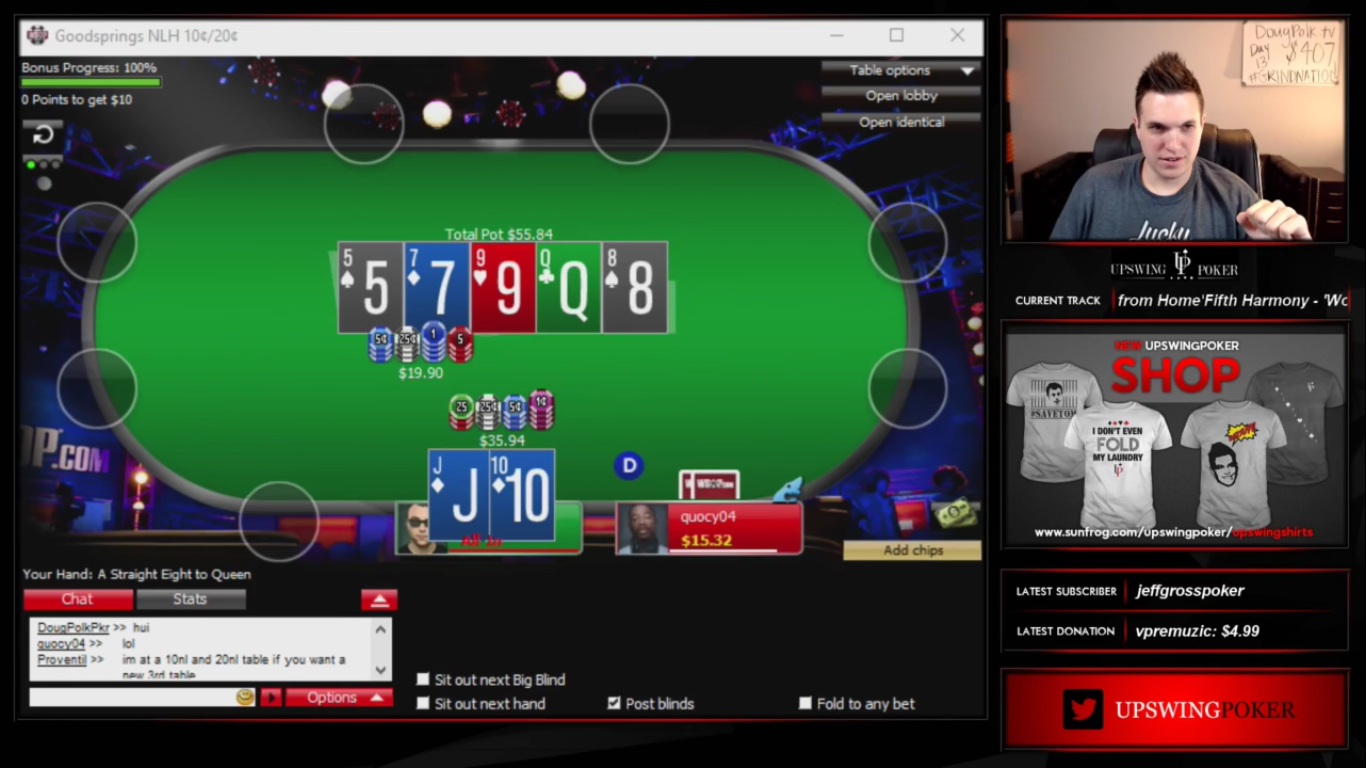 Four Tabling At a Bad Time

Twenty minutes later, he added a third heads up match against a third opponent, stream regular Laxxxxed. It started with a hiccup as he got stacked on the first few hands, closely followed by him losing a buy-in against quocy04.

Laxxxed sat out after only a few hands, but soon enough another opponent, JordBlvze took his place.

By the third hour, Doug decided to add a fourth opponent, Proventil. The bankroll management strategy we were seeing from Doug in Day 13 was very unlike what we’d seen before.

Half an hour later, he announced that he was down 8 buy ins ($160), though he said it with a big smile on his face. It seemed like he genuinely was having a great time, despite the money he had lost so far. 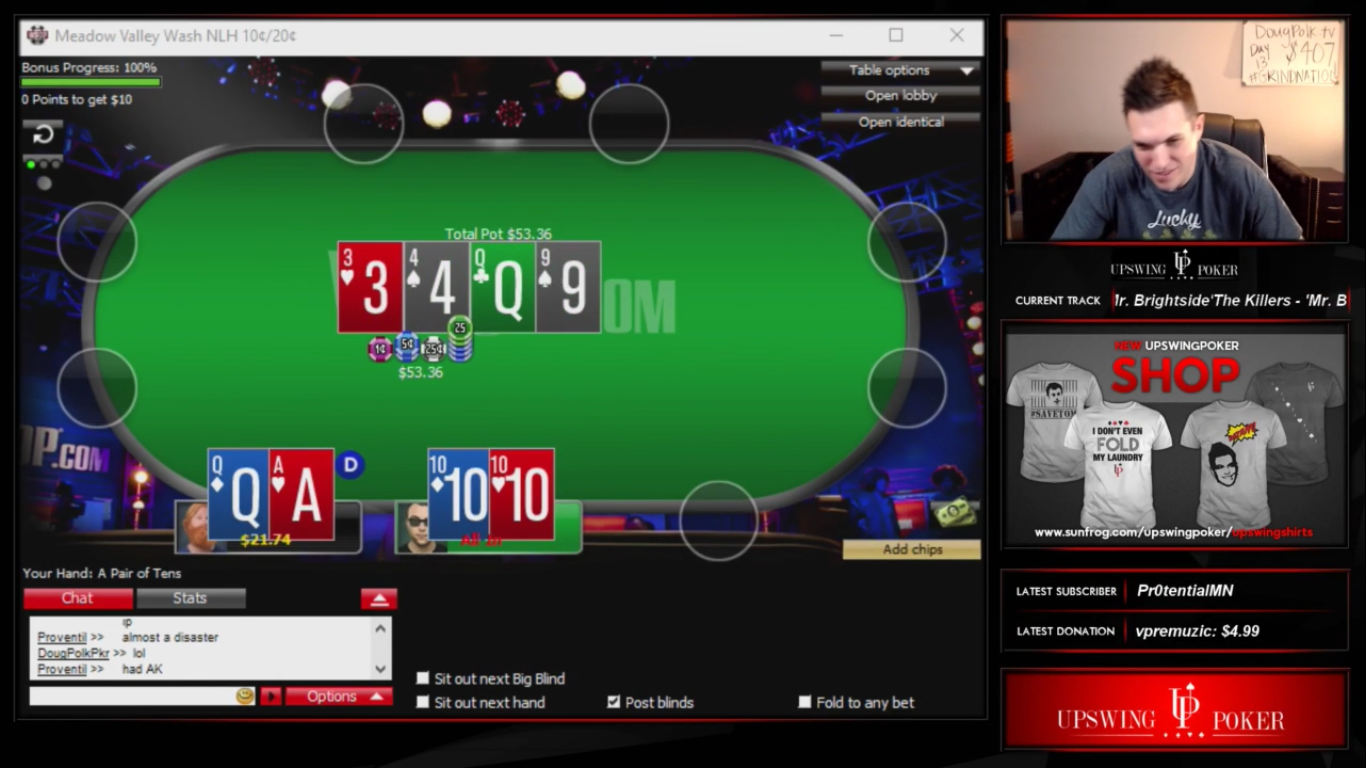 By the fourth hour, however, after losing yet another buy in due to yet another cooler, he announced that if he loses another buy in, he would have to move down in stakes. Doug was being his usual joyful self throughout the losing session, but this realization really seemed to annoy him.

After four and half hours, he lost that last buy in and decided to call it a session. Lamenting that the session started well and finished in a downswing, Doug admitted, for the first time in the Bankroll challenge, to be a little tilted.

He found it tilting not having access to tracking software with an EV graph. Nothing telling him his EV results or if his game had a big, overlooked leak.

He decided that next week, the final week of bankroll challenge streams before the WCOOP break, he will implement a new strategy.

He left the audience on suspense on what that new strategy might be, however, as Doug took a break from the challenge for the weekend.

The bankroll now stood at a paltry $138.