What is the Dead Man’s Hand? The History of Aces and Eights

How did this famous hand get its name and, subsequently, make its way into popular culture? Here’s a very interesting history lesson that answers the question, “Why is the dead man’s hand aces and eights?“

Wild Bill Hickok, aces and eights, and the birth of the dead man’s hand

While the actual composition of the dead man’s hand has undergone some changes over the years, its current manifestation is a two-pair poker hand of black aces and black eights.

These pairs, along with an unknown kicker, were the cards reportedly held by James Butler “Wild Bill” Hickock during a five-card draw game when he was shot by Jack McCall on 2 August 1876 at Nuttal & Mann’s Saloon in Deadwood, Dakota Territory. The story goes that a very inebriated McCall—who had introduced himself as Bill Sutherland—was playing poker with Hickok the previous evening and losing heavily. Hickok encouraged McCall to stop for the night until he could settle up, and Hickok gave him some money for food. When the insulted McCall entered the saloon the next day, he walked up behind Hickok—who was begrudgingly sitting with his back to the door as another player, Charlie Rich, wouldn’t change seats with him—and shouted, “Damn you! Take that!” and proceeded to shoot Hickok in the back of the head with his Colt Model 1873 .45 caliber revolver. Hickok died instantly. The state executed McCall for murder seven months later.

In Des Wilson’s Ghosts at the Table (2007), the author attempts to determine exactly what cards Hickok had been holding on that fateful day. Whereas most accounts suggest Hickok’s hand was comprised of the black aces and the black eights—with an unknown fifth card—another story proposes that a delivery man named Richard Stephens picked up Hickok’s cards and later donated them to a museum. In this account, Hickok’s hand was A♦ A♣ 8♥ 8♠ Q♥ and included a drop of the deceased gunfighter’s blood.

Although there is some doubt about the actual dead man’s hand’s fifth card, the consensus was—and remains—that Hickok died holding two pair of aces and eights. Voila, the dead man’s hand was born.

Other mentions of the dead man’s hand

The earliest reference occurred in 1886 when the dead man’s hand was described as a full house, jacks over tens. According to Historically Speaking:

It is called the dead man’s hand because about forty years ago, in a town of Illinois, a celebrated judge bet his house and lot on three jacks and a pair of tens.  It was the last piece of property he had in the world.

In the Encyclopaedia of Superstitions, Folklore, and the Occult Sciences (1903), the dead man’s hand is comprised of jacks and sevens.

Several accounts claim that later, in 1907, British writer Edmond Hoyle (of Hoyle Cards and Poker Hall of Fame fame) called the dead man’s hand jacks and eights; however, Hoyle died in 1769, so this would have been a truly remarkable feat indeed.

Interestingly, attribution of the dead man’s hand to Hickok didn’t come about until the 1920s when it was finally solidified in poker vernacular as a pair of aces and a pair of eights thanks to Frank Wilstach’s Wild Bill Hickok: The Prince of Pistoleers (1926).

The dead man’s hand enjoys mention in numerous songs, television shows, movies, written fiction, and games. Among the most popular include:

The dead man’s hand is also quite popular in logos, insignias, and tattoo designs. For instance, the Las Vegas Metropolitan Police Department uses the hand in its Homicide Division insignia. 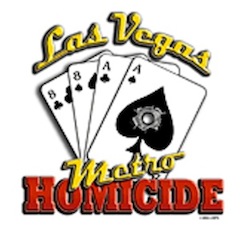