Robert Campbell is officially the 2019 World Series of Poker Player of the Year.

The POY honors were erroneously awarded to Daniel Negreanu earlier this week. A data entry error from the results of Event #68 $1,000 WSOP.com ONLINE No-Limit Hold’em Championship was discovered, however, which awarded Negreanu points for an in-the-money finish he didn’t actually attain.

As reported by PocketFives, Negreanu was given credit for a 36th-place finish in Event #68, netting him 213.1 POY points. Alex Elenskiy, a poker reporter from Russia, noticed a discrepancy in results between the WSOP and Hendon Mob reports from Event #68, and alerted WSOP about it on Twitter earlier today: 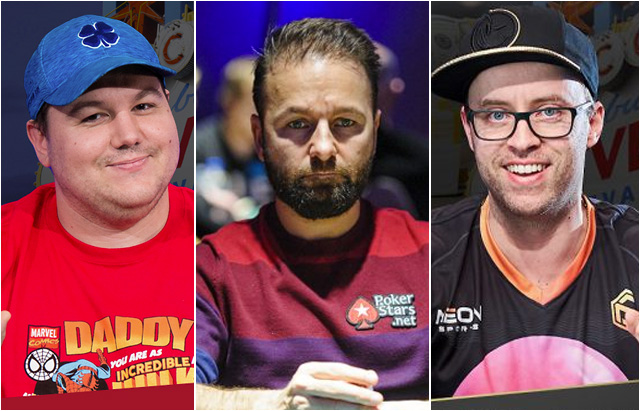 The POY race finished up as a tightly-contested three-way battle, with Campbell, Negreanu and Shaun Deeb all in contention for the title going into WSOP Europe, which finished up earlier this week. With WSOPE complete, it appeared that Negreanu has secured WSOP POY honors for the third time in his career, according to the official WSOP results.

Elenskiy, however, discovered that the results for places 32 through 46 in Event #68 had been erroneously reported, and were actually copied from places 32-46 in Event #87 $3,000 HORSE.

A source who worked for WSOP this summer told Upswing Poker that data-entry errors would happen from time to time over the course of the series.

“Looks like someone made an error when uploading results and put it in the Event #68 results for Event #87,” the source said. “Whoever was uploading apparently just clicked the wrong event from the drop down menu when uploading the spreadsheet.”

“That happened a few times this summer but was always caught the next day. “

Negreanu didn’t finish in the money in Event #68 and therefore earned no POY points in the event.

Campbell finished the 2019 WSOP with 13 cashes overall, netting $679,359 in cashes. Campbell logged nine of those cashes at the 50th Annual World Series of Poker in Las Vegas this summer, and added four more money finishes at WSOP Europe.

Reactions to the WSOP Player of the Year Error

Negreanu congratulated Campbell on the win earlier today on Twitter:

I will share my thoughts on the WSOP POY situation in a written blog later today.

Genuinely happy for @SonicJaxx2019 because I know what it meant to him and frankly, the entire country of Australia!

Negreanu finished the 2019 WSOP with 23 total cashes (according to Hendon Mob), with 16 money finishes in Las Vegas and seven more in Rozvadov, Czech Republic, at WSOP Europe. Negreanu, currently third on the all-time money list with more than $42 million in earnings, added $2,027,189 to that total in WSOP tournaments in 2019.

The three-way race for the POY award was a hot topic in the poker community throughout the year, with both Negreanu and Deep openly gunning for the title.

Campbell tweeted his thoughts about the Player of the Year format earlier this week:

The WSOP Player of the Year award will no doubt continue to be a topic of discussion and a highly-coveted honor for big-name pros like Negreanu and Deeb. For 2019, however it’s Campbell coming away as a first-time winner of the award.