Everybody loves to see as many Russians as possible on his poker table, especially in cash games. (Unless its one of the accomplished Russian poker players!)

They’re usually very loose, sometimes aggressive to a point of craziness and among the easiest opponents online. Who hasn’t seen a Russian go all in preflop with a pair of fives against two people for example?

Well, we might have some good news for you.

The Russian government is considering a new law that will make online poker legal in the country and this means more fresh fish on the tables. Let’s hope the state is really serious, because since the UIGEA of 2007 and the Black Friday the industry lost millions of players. Getting some new waves of users would be a huge boost for the poker world There are lots of countries in the world where online gambling regulations are rather unclear and it is hard to understand if it is technically legal or not. That’s not the case with Russia, though, as their regulations explicitly state that online gambling is against the law. The conservative attitude towards the sector goes long back, to the days of the Soviet Union, and is still dominating today. According to the law, online gambling is completely banned in Russia. Local citizens aren’t allowed to practice any forms of it and poker is in the mix too. Furthermore, there is a decision by the Russian Supreme Court in 2012 which forces the Internet providers to block all gambling-related websites. Simply put, the government is doing its best to prevent any form of real money games.

However, when there’s a will there’s a way. As we’ve all seen, there are still Russians out there. Some poker sites are offering their services and surprisingly, there are no restrictions to financial transactions at this point. This leaves some loopholes and many Russians keep playing with the help of VPNs and the internet cloaking system TOR. The stats show that more than 8% of the players on PokerStars are actually Russians.

The obvious conclusion is that the current laws do not work. Russians are still finding a way to play, the government is not getting any profits from the industry and without legislation, the players are exposed to a higher risk of scams.

A number of political figures in Russia have voiced their opinions that the current situation is no good for anyone. The state doesn’t get any income while Russian poker players still manage to find ways to play and the current legislation is not helping.

The member of the Russian Civil Chamber Pavel Sychyov believes the ban is just driving gambling underground. He said that trying to control the Internet in principle is almost impossible so the current approach is not the right one. Other politicians such as Evgeny Korchago agree with that opinion. He thinks that such restrictive laws even have negative effects as they provide the perfect platform for a shady and non-regulated environment.

The poker society is one the same page. The well-known pro player and current Moscow municipal councilor Maxim Katz believes there needs to be a better law that allows more freedom. According to his opinion, this will benefit the state and the players alike. Users will be able to gamble safely while Russia will get some fresh income from taxes.

It seems that reason is starting to take over and the signs are that Russia will actually change its stance on Internet gambling soon. The country will be happy to get the additional profits and provide its citizens a much more protected environment. To achieve this, Russia needs to enforce a legislation that allows operators to obtain a license without losing too much of their profits.

Such laws are already applied in a number of countries around the world and have proven to be the best way to go. The United Kingdom is a bright example. Gambling is legal there and sportsbooks, casinos, poker rooms need to get a license from the local gambling committee under reasonable conditions. Most big players in the industry have done so without hesitation and everybody wins from the situation. The operators are happy to offer their platforms legally and avoid any legal issues, the UK gets massive tax incomes and the customers can play comfortably and without the risk of losing their hard-earned cash.

Something similar would be the main goal in Russia. The good news is that there is an open debate on the matter and the government is taking part in it. The next few months should show where this is going and what will happen with online gambling in the country. Let’s hope for the best.

It’s no secret that online gambling holds some risks. Addiction and scams are probably the best examples, but the truth is those can’t be solved by simply banning the whole thing. Do you remember the Prohibition in the USA, the thing they did in the 20s to stop people from drinking alcohol? We all know what happened next. It just gave a major boost to the organized crime and was a complete disaster.

Sensible laws that create a safe and controlled environment seem to be the best way to go. It has been proven in lots of countries and we hope more and more others join the list. We certainly would love to see a conservative state like Russia create reasonable laws and it would be a great example for others to follow.

And of course, we’d love to see more fish on the tables ☺ 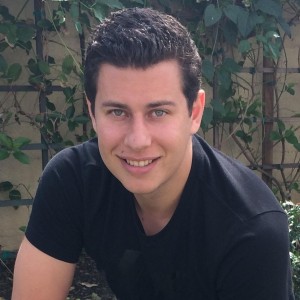