Reality TV: The One Time Poker Players Can Deal with Reality


It was recently announced that David Williams, of 2004 WSOP ME runner up fame, is going to be a contestant on this season of Gordon Ramsay’s MasterChef.

I’m not a particularly huge fan of reality shows, but it’s interesting when you introduce the dynamic of a person who breaks down games and finds optimal strategies into a game show like this.

There have been a few other poker players who have been on reality shows in the past, so I thought I would revisit them and recap how they did.

JRB was the first major poker player to be in a reality series and it was HUGE news when it first came out.  He wasn’t quite as well known as he is now, but poker was growing exponentially back in 2007 and a few poker players were becoming gigantic stars so it wasn’t seen as much of a surprise when one got cast in Survivor: China.

Apparently they first offered the spot to Daniel Negreanu, but he turned it down because filming would take place during the latter part of the WSOP, including the main event.

Early on, players were very wary of JRB because he was a known poker player and most people thought that would make him not very trustworthy.

He performed admirably in the challenges and saved the day in at least one of them but in general his teammates didn’t trust him enough and that can spell doom for you in Survivor.

Spoiler alert, JRB didn’t win it.  Though he made a splash for being one of the more outspoken players and started trying to “play the game” as soon as it started, he got voted out in a disappointing 9th.

This video is a good summation of the feelings towards JRB in the show. Perhaps the most “controversial” of the entries on this list (which is really saying something when you have JRB headlining) is Annie Duke as a contestant on Celebrity Apprentice, hosted by Republican nominee Donald Drumpf.  Her entire performance can be summed up in the clip below.

Annie actually did very well.  She came 2nd in a fairly tough “field” and raised by far the most money for her charity (over 50% of the money raised in the entire contest).  At the time, it was considered a very good thing for her in general.

Some people were annoyed with her general demeanor but for poker she came off extremely well and people thought she “represented” players well.  If only it wasn’t for UltimateBet and the Epic Poker fiasco immediately following the show; people might actually like her! The most recent poker player to be involved in a reality show was Vanessa Rousso who took part in Big Brother’s 17th season in 2015.  I have several friends who are adamant that Big Brother is one of the most strategic reality shows on TV and if that is the case then Vanessa performed very admirably.

In a way, her performance echoes what JRB was known for: Being an extremely strong player of “the game” from the getgo but people weren’t always willing to trust her.

She did well in the challenges which allowed her to go pretty deep and formed alliances when she needed to, but also backstabbed people in several spots which didn’t endear very many people to her.

She made the final 3 contestants but at that point it came down to a single challenge (and a 50/50 shot) to see if she could make the final 2.  Her triumphant opponent, Steve, kicked her out in third, citing her fantastic overall gameplay as the reason.

Abbreviated as 2M2MM, the now defunct G4 channel attempted to cash in on the poker hype in 2009 with a show centered around four incredibly successful internet poker players. Dani Stern, Brian Robert, Jay Rosenkrantz and Emil Patel were all successful online grinders who had to try and make $2m during the 2009 WSOP.

This was set as a fairly ridiculous goal considering they were trying to play extremely high stakes at the time and the games weren’t exactly a walk in the park.

The show was a hit with poker players but not with mainstream audiences.  They had a few amazing ideas such as the “tilt room” where you could go into a room with a sledgehammer and destroy a bunch of cheap stuff like fruits and scrap furniture.

A few of the prop bet challenges were funny but the stars of the show came across as awkward at times (which can only be expected of internet poker players).  They hired a big black man as their chef so they could just call him “Chef” like in South Park.

The series is definitely interesting and there’s a healthy amount of cringe humor if you’re into that sort of thing, so I’d definitely recommend checking it out.

I know David personally and I think he’s going to be in a great spot to put up a good performance if he makes it into the main competition part of MasterChef.  I normally can’t stand watching these kinds of shows, but it’s always nice to be able to root for someone with shared experiences.  Best of luck, David!  Make us proud.

(NOTE: If you are looking to improve your poker game and win more money – Join the Lab! Created by Upswing coaches Doug Polk and Ryan Fee) 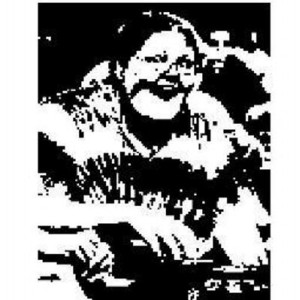