A poker bot is a computerized poker player.

Unlike their human counterparts, bots never succumb to tilt, they never misplay a hand, and they never get tired of playing. Bots can play on and on indefinitely, making money over the long run.

A sufficiently widespread and sophisticated poker bot infestation could mean the end of online poker.

4 Ways to Spot a Poker Bot

1. The player takes about the same amount of time to act every hand.

Suppose you’re playing heads-up against an opponent, Mr. Pokeroboto, and the action consistently goes something like this:

This is the most reliable (and most obvious) sign that you might be playing against a bot. For each decision, the bot needs a few seconds to process what’s going on; enough time to analyze the hand and arrive at the best decision based on its programing.

There is simply no alternative explanation for why Mr. Pokeroboto takes the same amount of time for every decision, at least not over an extended period of time.

Not every bot tanks for a noticeable amount of time, however. Some botters have worked to fix this most obvious ‘tell’. Fortunately, most botters fail to disguise it, and get caught as a result.

2. The player doesn’t answer to moderator in the chat or to an alert.

Suppose that you’re playing Mr. Pokeroboto in a tournament and it’s down to 3 players. You and the other player agree to cut a deal, but Mr. Pokeroboto won’t answer in the chat. A moderator is called, who alerts Mr. Pokeroboto, but nothing happens. This is strange. A deal can’t be made, of course, so instead you continue playing. But then the unresponsive Mr. Pokeroboto is there to play his hands. What’s going on here?

This situation is very different from a player not answering in the chat. On many sites, when a moderator sends a message directly to a player an inescapable pop-up appears on the player’s screen. Non-response from that player is a red flag that the player is a bot.

There are a few bots on the market capable of casually chatting to avoid suspicion, so it’s conceivable that a bot could chat with a moderator. However, their communication would likely come across as suspicious in more complicated situations like the one described here. (Sites could also use a captcha to verify that the player is human.)

Notably, a potential bot situation did play out in a TCOOP Event, but the case was dismissed by PokerStars. Neither PokerStars nor the exonerated player disclosed what prevented him/her from answering the moderator at the final table.

3. The player plays for unreasonable amounts of time.

Suppose at the start of your session you spot our silent friend, Mr. Pokeroboto, playing on a few tables.

Just as you’re about to close your laptop after a long, successful session, you notice Mr. Pokeroboto still grinding away, and so you railbird him for a little while. As far as you can tell, he’s playing as well as ever. That methodical, Mr. Pokeroboto style—so consistent! He looks to be playing just as well as someone at the beginning of their session. After a while, you go to sleep. Mr. Pokeroboto continues playing.

Suppose the same thing happens the next day, and the one after that. Where does Mr. Pokeroboto get his stamina? Answer: from his RAM upgrade. Mr. Pokeroboto’s unreasonable amount of play means he is almost certainly a bot.

The fact is most poker bots are not great at poker. Yes, they’re winning players, but just barely. A bot’s real value comes from the volume of poker it can play. But that volume can easily go unnoticed. While many people, including security personnel, might notice someone who regularly plays in 20 tables, they might not notice a degen regularly playing just a few tables for crazy long sessions.

Many botters get greedy, though, and overdo it. A player grinding for 12+ hours daily is bound to raise a few eyebrows.

4. The player plays an unreasonable amount of tables.

Suppose you open your favorite poker client and search for your sparring partner, Mr. Pokeroboto, who usually plays long sessions at just a few tables. So you were surprised to find Mr. Pokeroboto playing not 1 or 4 but 25 tables at once!

As mentioned above, most poker bots aren’t that great at poker. So, again, to maximize value they need volume of play. Playing as many tables as possible is just another way of accumulating volume.

However, contrary to popular belief, botters don’t just set poker bots to run and then forget about them. Bots need constant maintenance. Besides the occasional bug or software update, bots need a human to comb their hand histories to look for leaks. Most—if not all—botters who run an unreasonable amount of tables at once don’t do this, so many bots are easily exploited by human players. If you play a bot for long enough you will notice rigid and easily predictable patterns. This is especially true for heads-up play.

Before we get to the last section of this piece, let’s take a look at a video produced by Joey Ingram. This video features his take on bots and other forms of cheating he suspected was happening in 2017 and early 2018: 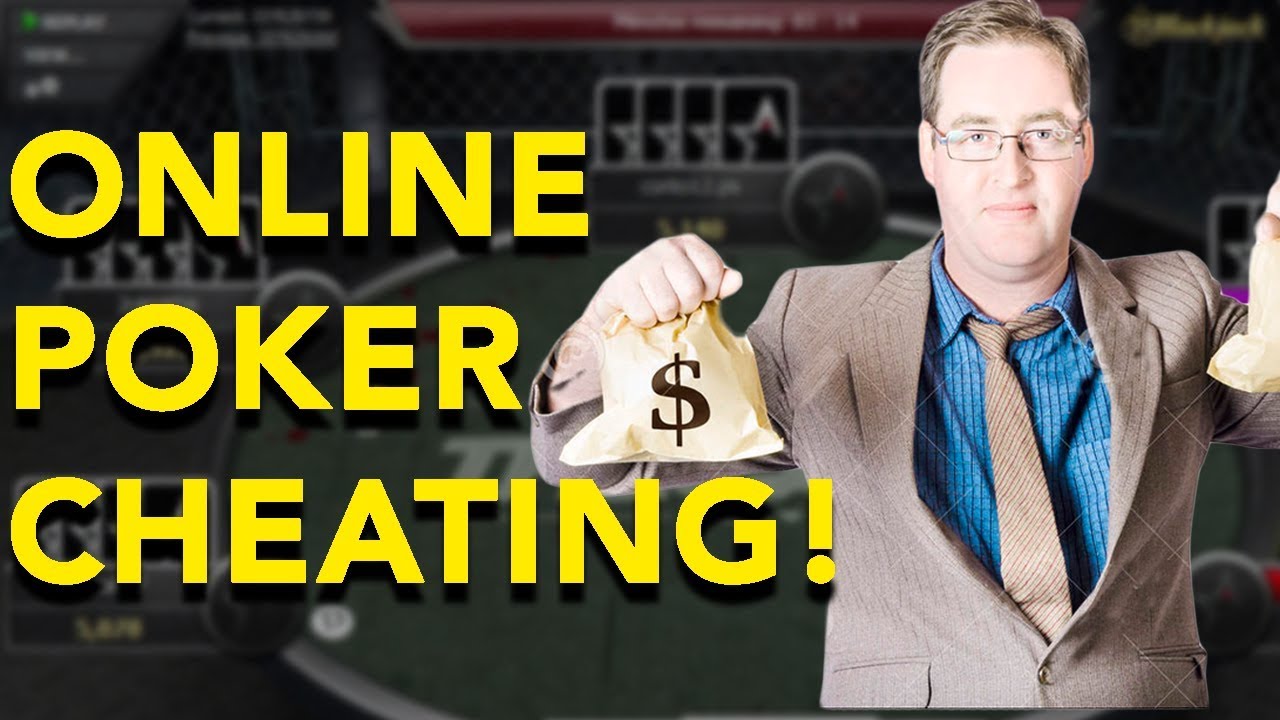 What to Do If You Suspect a Player is a Bot

Suppose you’ve read this article and come to suspect a player is a bot. You should not voice your suspicion publicly. Why? Because you’ll be putting the accused player’s reputation and your own at risk.

Consider that, even if you’re wrong and the player is not a bot, the player could lose all of her action as the result of your accusation, and she may never recover even if exonerated later on. If, on the other hand, the poker community doesn’t believe you and your suspicion turns out to be wrong, then it’s your reputation that is destroyed.

You’ll be seen as the boy who cried ‘rigged!’, even though you initially had good reasons for doing so.

Most major poker sites have detection protocols to prevent bot play, but some of the more sophisticated bots are able operate undetected, and some poker sites simply don’t care about bots since their play produces rake (though, they will ban a bot if they catch it, or if it’s reported). Unfortunately, when it comes to detecting and banning bots some sites are more passive than others.

If you suspect that a player is a bot, it is best to immediately contact a moderator or the site’s security team to prompt an investigation. This way, your identity and that of the accused player is protected until the investigation produces a conclusion.

Even if the player in question is not a bot, you’ll have done right by the poker community in reporting your suspicion, and done your part to protect the integrity of the game.

When a Poker Player is Probably Not a Bot

Here are four signs that might seem to indicate a player is a bot, but are not reliable.

1. The player doesn’t respond in the chat.

It’s a known fact that most bots don’t respond in the chat, so this is a popular reason to suspect a winning player is a bot. However, a more likely explanation that a player isn’t responding is that he simply doesn’t like using the chat. The player may not have even noticed that you said anything.

2. The player always leaves the table, or sits out depending on the number of players at the table.

However, many human players also learn either long-handed or short-handed ranges, and sit in or out for the sake of simplicity. Thus, a player sitting in or out when there are more or less players is not a reliable sign that the player is a bot.

3. The player always bets the same size in the same spots.

Also for simplicity, some bots will have preset bet sizing. But, again, this is something human players also do; recreational players and professionals alike often implement static bet sizing, either for strategic reasons or because they use hot keys.

Note, though, that some bot developers add a random number generator,which bets a random number within an acceptable range. For example, instead of always c-betting $2.00, a bot might bet an amount between $2.00 and $2.50. Or, instead of betting 3x the big blind, the bot will bet a just slightly more or less 3x the big blind. This is only true of the more sophisticated bots, however. Most bots maintain static bet sizes.

4. The player always joins the table you’re on, and sits next to you.

This is likely explained by the use of sitting scripts—software that automatically sits a player with certain other players, or at tables with certain players with certain stats. While bots are likely to come bundled with this kind of software, human players also use it. To be sure, the use of such software is controversial in its own right, but it’s not a reliable indicator that a player is a bot.

It’s important to note that, while these are not reliable signs that a player is a bot, they are based on common poker bot behavior. A bot is unlikely to chat like a human, vary its bet sizing, have an understanding of short and long range adjustments, and fail to use some kind of seating script. (There are poker bots built to better simulate human behavior, but they very rare.)

Have You Ever Suspected Your Opponent is a Bot?

What happened? Let us know in the comments below.