Max Silver Has Some Wisdom for Aspiring Pros

Max Silver Has Some Wisdom for Aspiring Pros Max Silver is a professional poker player from the UK specializing in high stakes tournaments- racking up over $3.4 million in live earning on the circuit.

He is also the owner and creator of SnapShove, a tool players use for calculating short-stack push or fold spots in tournaments.

We got the chance to ask him a few questions on behalf of our readers. Hope you enjoy!

Hey Max. Congrats on your first WSOP bracelet in the $3,000 Limit Hold’em Six-Max event. I appreciate you taking the time to answer these.

Q: As a former PLO cash game player turned MTT specialist, how would you compare the variance/swings between the two career-paths?

Max: While the Variance in PLO is very impressive I think the variance in tournaments is something else, especially when you factor In that most of my volume is live. I’ve gone on 60-70 buyin downswings at PLO, but a live MTT downswing can last months or even years.

Additionally so much of the money in MTTs is concentrated in the top 3 positions. Losing just one flip with 12 left can be the difference between a losing year or a massively winning one. The variance is sick and I’d recommend that any full time MTT players reduce their variance whenever possible be it selling action or playing cash games on the side.

During my WSOP Main Event run last year I had my stack valued at $650k (!) on day 6. I chose not to sell any action, which I think with hindsight was downright reckless.

Q: One of the best things about SnapShove is how simple it is to use. Do you have any plans to add any more features to the current app?

Max: We’ve already added the re-shove calculator on the online version (see: www.snapshove.com) and plan to add it into the mobile version ASAP.

We also have additional plans to add an ICM and Final Table mode into the calculator to help work out ranges deep in tournaments.

Unfortunately, as a one man team while I’m playing poker any development has to go on the back burner so we probably won’t see a release until after the WSOP this year.

Q: If you could create your own poker tournament to best-suit your strengths as a player, what would the format and structure be?

But seriously, I think I’ve always excelled at short handed play so something like a deep-stack 6-max tournament with a mix of PLO and NL would be right up my alley.

10 Pot Limit Omaha Secrets Exposed is a free guide filled with proven strategies uncovered after years of technical work and research by one of the world’s best PLO players.

Q: How much time do you spend studying away from the table compared to actual play time?

Max: I’ve always stressed the importance of work away from the table and in the early and middle stages of my career I’d say It was as high as an equal 50-50 split. I’ve always been someone who errs on the side of playing less poker at a higher quality than simply putting in hours for the sake of grinding.

These days with other commitments such as SnapShove, cryptocurrencies and family I tend to spend more of my time playing vs studying so I’d guess a 80/20 playing to study split.

I do believe though that I’m falling slightly behind the curve relative to my peers who are putting in more hours with the post-flop solvers and various software tools available these days, which is something I’m ok with.

Q: You don’t strike me as a particularly degenerate poker player. Do you have any stories of degeneracy in your rise to the top?

Max: I’ve never been a huge one for table games finding the appeal of any -EV gambling close to 0. Most of my degeneracy came from just taking far too big a pieces of myself In low edge tournaments.

Back in May 2011 I was invited by Full Tilt Poker on The Poker Lounge — a $20k 6-max winner take all SNG that was set to be televised. 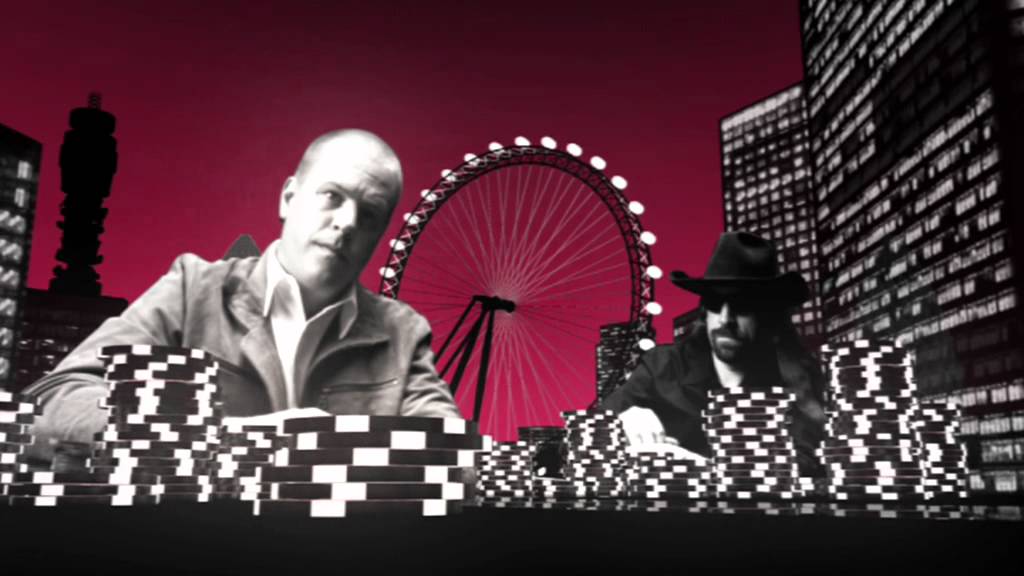 This was in the golden era of poker pro sponsorships so I equated being on TV to future $$$, I took all of myself, as well as 50% of my friend in a different heat. This was over 15% of my bankroll at the time.

The TV show ended up never making it on screen due to Full Tilt going busto and shutting down for a while shortly after.

Q: Back in your cash game days, can you recall your biggest ever winning (or losing, if that’s more memorable) sessions? How did you celebrate/cope after it?

Max: Unfortunately, pretty much all of my biggest sessions have been on the losing side. I remember playing $100/$200 heads-up PLO against an opponent who would 3-bet 100% of hands and 5-bet approximately 50%. 5 buy-ins and $100k later, my roll on that site was busto.

Q: What sort of bankroll management would you recommend for a live tournament grinder?

Max: 50-100 buyins. Swap and sell action as much as possible when deep and keep travel and living expenses as low as possible. Be willing to move down as required.

Q: If you had to give one piece of advice to new poker players looking to make it as a pro, what would it be?

Max: If you don’t think you’re playing good poker or don’t feel in a good mindset then just stop playing for the day/week. Poker isn’t going anywhere and the same games will be available when you get back.

Too many players, myself included, have a habit of chasing losses while playing far from their best poker.

Q: You recently won your first WSOP bracelet in the $3k limit hold’em event — only the 2nd ever time you’ve cashed in a live limit hold’em tournament. How much experience do you have in LHE?

One of my best friends, Nick Abou Risk, has been playing Limit Holdem online for years and through poker osmosis I feel I picked up a lot of the basic fundamentals, mostly involving not folding.

As the tournament went on I was able to calibrate my own feel from the game from sheer intuition as well as run some hands by Nick to make sure I was on the right track.

Q: Did it feel odd to pick up your first bracelet in a non-big bet game?

Max: It’s definitely felt a bit strange. This was my 3rd limit holdem event lifetime compared to over 100 played in no limit. Variance was on my side and I feel like if I had the cards I had in any no limit event I’d probably had won a bracelet in that instead.

Towards the end I also felt very confident in my edge, which is a strange thing to say. Most of the field was composed of a live limit cash grinders and for those without the online background had played almost exclusively full ring.

I’m no expert, but my gut feeling said they were under-defending their blinds and over-folding post-flop, adjustments which would all be correct at a 9 handed table but probably not ideal short handed.

As we lost players at the final table I feel my edge increased as my opponents adjusted relatively worse than me to shorter handed play.

Q: As someone that is passionate about food, what is the first thing that comes to mind when you read ”best meal in Vegas”?

Max: Vegas has a ton of amazing food at a variety of price points. The best meal and also the most expensive was the 16 course tasting menu at Joel Robouchon. It was a once in a lifetime experience as the total cost with wine ran around $850 per head! At the end of the meal for the tea course they wheeled out an entire tea cart with live tea plants and trimmed our leaves to order.

There’s so much great mid-price food in Vegas, but most of me favorites are off the strip. Restaurants that spring to mind are Chada/Chada Street, Raku, Bachi Burger, Sen of Japan, Rolling Smoke BBQ among others. (Editor’s Note: sounds like Max would like our WSOP Vegas Dining Guide.)

These 10 PLO secrets are proven strategies uncovered after years of technical work and research by one of the world’s best PLO players. Get them and use them… they win!