Who is Hossein Ensan? Meet the WSOP Main Event Champion

The 2019 Main Event wasn’t the first major championship win for Ensan, however. The well-accomplished poker pro also holds championship accolades on the European Poker Tour and the World Series of Poker Circuit.

Let’s take a deeper look at the ever-growing list of poker accomplishments for Hossein Ensan:

A Lifetime of Poker for Hossein Ensan

Ensan’s run of tournament success began in 2013, with his first recorded cashes coming in small stakes events at EPT Dortmund and EPT Berlin.

His background in poker goes far beyond that, however. In an interview just before the 2019 Main Event final table, Ensan told PokerNews that he’s playing poker since he was 18 years old, with his early days in the game dedicated to mixed-game variants.

Ensan was born in Iran and moved to Germany when he was 25. He’s been a German citizen ever since, and his 2019 WSOP Main Event victory marked the second time in history that a German has won the Main Event (the other was Pius Heinz in 2011).

Ensan was 55 years old at the time of his Main Event win, making him the first player over 40 to win a Main Event championship in the modern era of poker.

Months later, Ensan broke through for his first major championship win, taking down the EPT Prague Main Event for €754,510 ($825,151). Ensan outlasted a field of 1,044 total entries, and finished the job by defeating Russian Gleb Tremzin heads-up.

Here’s a look at the final hand from Ensan’s EPT Prague win, courtesy of PokerStars Germany:

Ensan added to the resume with a win at the WSOP International Circuit Rozvadov Main Event, which netted him €184,812 ($219,036) and the first WSOPC ring of his career.  Yet another six-figure cash came in for Ensan at the 2017 PokerStars Championship Prague, where his third-place finish in the €10k High Roller event amounted to a €184,812 ($219,036) payday.

Going into the 2019 WSOP, Ensan’s career tournament earnings added up to more than $2.6 million.

Even in the middle stages of the 2019 WSOP Main Event, Ensan seemed like a good pick to make a deep run. He bagged Day 4 in 14th place among 354 remaining players, and stayed near the top of the chip leaderboard throughout the remainder of the tournament.

By the end of Day 6, Ensan was second in chips with 35 players remaining. The Main Event played down to the final table on Day 7, and Ensan spent that day accumulating a massive chip lead.

As the Main Event wound down, Ensan kept his hold on the chip lead throughout. The tournament saw the final three players come down to Ensan, Dario Sammartino and Alex Livingston. All three of those players sported impressive poker resumes, but Ensan went into the three-handed battle with nearly two-thirds of the chips in play. 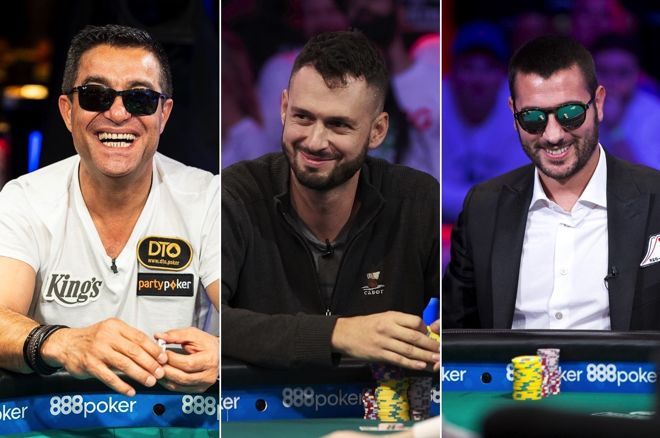 That chip advantage, however, diminished on the final day, and at one point the final three players had relatively even stacks. Ensan eventually eliminated Livinsgton, however, setting up a heads-up finale against Sammartino.

Sammartino, the most accomplished tournament player at the final table, proved to be a tough opponent. Ensan, however, rode out some early adversity in heads-up play, and ultimately wore Sammartino down.

What’s next for Hossein Ensan? He’s already amassed more than $12.6 million in earnings in just six years on the tournament circuit, and it’s a good bet that we probably haven’t seen the last of the German pro.