7 Must-Read Tips to Protect Yourself from Scammers, Cheaters & Hackers

Everyone loves reading a good poker scam story. Well, unless you’re the person being scammed.

With scamming and angle shooting always such a hot topic in the poker community, Doug Polk decided to outline some of the issues you should be on the look-out for, before, during, and after sitting down at the poker table.

Here we take a close look at these issues, and outline 7 tips that will help you avoid falling into some scumbag’s trap.

Prefer watching to reading? Click here or scroll all the way down to watch Doug’s video on this topic.

Sunday night home game with friends are almost always safe, but there a few pitfalls to look out for when it comes to “professionally run” private games.

One thing to keep an eye out for is the rake charged in these games. If you are not careful, the house could be skimming more than its fair share off the top, so be aware how much you are paying before you sit down.

The next thing to look out for, which isn’t always easy to spot, is blatant cheating. During games in strange or unfamiliar surroundings, it is worth your while to lookout for things that seem out of place. These can include collusion between players at the table, a rigged deck, or marked cards. Although unlikely, if you suspect any of these things may be going on, you need to walk away and find a safer game.

It is usually best to only play private games with stakes that won’t leave you decimated financially if some shenanigans occur. Another solution would be to avoid the issue altogether and exclusively play in legitimate establishments.

Finally, try and make sure that these games are somewhat reputable before putting your money on the line. Private games can be subject of hold ups from both police and criminals alike, which is a situation nobody wants to be caught up in.

(Note: Want to be the best player at the table? Learn how to crush your poker competition when you join the Upswing Lab. Learn more now!)

Tip 2. Keep an eye out for marked cards

One of the pitfalls of private games can arise in any live setting; marked cards. This issue is especially tricky because it can happen on accident.

If you’re on a table with a shuffling machine, the machine itself can sometimes leave a mark on the cards. In order to keep the integrity of the game intact, always ask for a new deck when you notice a marked card. Hopefully your table mates do the same.

On the more sinister side of things, some players mark cards on purpose to give themselves an edge over other players. This can vary from small tears to dabbing light ink on the cards and beyond. If you suspect this may be going on, alert the casino or establishment floor and, again, ask for a new deck.

Tip 3. You should (pretty much) never loan money

Suppose you get all-in with A♥ K♥ on A♠ 8♣ 6♣, only to see your opponent turn over A♣ K♣. This nightmarish scenario is known as getting freerolled — your best case scenario is getting your money back.

When you loan someone money, you are getting free rolled. A good rule of thumb to avoid this is simply, don’t loan money.

There are generally no good reasons for you to loan money to anyone. It only benefits the person that is borrowing the money from you, while leaving you vulnerable to being scammed out of your hard-earned cash.

A couple things to consider before loaning money to somebody are:

I would highly recommend not loaning money unless you know the person very well, and maybe not even then. You don’t want to end up in a dicey, stressful situation involving a friend.

It is also a lot safer to loan money if you know how comfortable somebody is financially, and are as sure as possible that they can pay you back.

Tip 4. Be careful when trading funds

Unlike loans, trades can be beneficial for all parties involved. Take note of these points before attempting a trade.

If you can help it, don’t send your cash or tournament money first. Somebody has to do it, and ideally it’s the person on the other end of the trade. That’s the surest way to avoid a scam.

If it is necessary for you to send first, make sure you know the person you are dealing with, or that they have a good history when it comes to making trades.

Make sure the account you are trading with matches the account of the person you have been conversing with on the forum or messaging service. I can’t stress how important — and often overlooked — this point is.

If you haven’t confirmed your fellow trader’s identity before hitting the send button, you may end up sending money to a scammer that has targeted you.

When trading large denominations, it makes sense to be extra vigilant when it comes to the steps above.

Impatience can be a massive downfall when it comes to trading, so take that little bit of extra time to check references and make sure everyone is who they say they are. This can be the difference between you making a successful trade and going broke.

Finally, when trading, this old cliché rings true: If a deal looks too good to be true, it probably is.

(Note: Do you want to get better at poker, but aren’t sure how to start? Study poker with step-by-step instructions and examples when you join the Upswing Lab. Learn more now!)

Tip 5. Watch out for hidden chips

In this controversial video by Doug, the topic of arranging one’s chip stack clearly and fairly was discussed:

In the video, Alec Torelli, whether purposely or otherwise, concealed his higher denomination chips from another player. This caused confusion and prompted his opponent to go all-in, which he likely wouldn’t have done had he known the true value of Torelli’s stack.

The rule in poker is that your higher denomination chips must be clearly visible, but you shouldn’t rely on others to follow the rules to a T. It is your responsibility to know and/or ask how much is in their stack.

Make sure you are certain of each action that has been made before you, and wait for verification from the dealer if you must. If you are unsure of the action at any point, ask the dealer. It takes very little time and effort and could potentially save you a great deal of chips.

Some players use this uncertainty to their advantage, going as far as to angle shoot other players. Here’s a textbook example of such an angle:

Matt Glantz’s opponent took all his chips in both fists and moved them towards the pot. Glantz snap-called with his pocket Aces and turned over his hand.

His opponent then took back his chips and declared he wasn’t all-in because his chips never touched the felt. The WSOP rule is that if a player’s chips don’t touch the felt, the bet doesn’t stand.

This is a clear angle of which Matt Glantz was the victim, but it’s also an example of what can go wrong if you make snap decisions at the table. Take an extra moment and don’t leave yourself open to angle shooters!

Tip 7. Be cautious of collusion

The final point is a rare occurrence, but a serious one nonetheless.

Collusion between players is a terribly unethical form of cheating. It’s a difficult thing to spot, but the main thing to look out for is the same players from a certain area constantly playing at the same table, or several players who seem overly friendly or suspicious.

Collusion is hard to see, and hard to prove, but the best way to combat the problem is to leave and find a different game. If its a tournament or a poker room you play at regularly, alert the floor and make them aware of your suspicions, which will make it harder for the collusion to continue.

Whether we like it or not, cheating and scamming is a part of the game we love. As long as there is poker, there will be cheaters. Hopefully these 7 tips will help you avoid them.

Remember to stay vigilant. You have the right to a fair and safe experience at the table, but it is your responsibility to keep it that way.

If you want more info about avoiding cheaters at the poker table, check out this article.

Note: Ready to take your poker game to the next level? Learn the strategic secrets behind the success of world-class poker players when you become an Upswing Lab member. Learn more now!

Read more from Upswing Poker based on your game of choice: 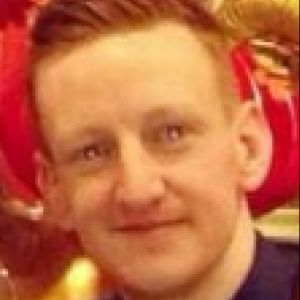