Rounders 2: Will This Movie Sequel Ever Happen?

Released just before the poker boom era of the mid-2000s, Rounders persists as the most well-known poker movie ever created. Fans of the film continue to clamor for a sequel, but the mythical Rounders 2 remains elusive nearly a quarter-century after the original.

Will a Rounders sequel ever happen? Let’s discuss:

The Legendary Status of Rounders

The original Rounders follows McDermott’s exploits in the New York City underground poker scene. McDermott, a law student, is played by Damon, in one of Damon’s first roles after breaking out as a mainstream star in the 1997 film Good Will Hunting.

Other characters in Rounders include McDermott’s best friend and fellow grinder Lester “Worm” Murphy, played by Edward Norton. Perhaps the most iconic character in the film, Russian mobster Teddy KGB, is played by John Malkovich.

McDermott builds up a $30,000 bankroll playing in the underground games of NYC before venturing into a poker room run by Teddy KGB. Playing over his head in terms of bankroll management, McDermott loses his entire roll in a boat-over-boat cooler against the Russian underground poker kingpin.

Shell-shocked and broke after the loss, McDermott takes on a part-time job and promises his girlfriend Jo (played by Gretchen Mol) that he’s quitting the game. McDermott’s self-imposed ban from the game lasts a few months, but Worm’s release from prison leads to McDermott getting back into the poker scene.

Worm and McDermott’s friendship eventually ends, as Worm racks up massive debt in the NYC underground under McDermott’s name. McDermott ends up owing $15,000 to Teddy KGB, and the mobster agrees to play McDermott in a heads-up No-Limit Hold’em game, with each player buying in for $10,000.

The match eventually escalates to a series of cash games at escalating stakes, with McDermott potentially risking his life if he loses to the Russian supervillain. If you’ve never seen Rounders, we’ll leave it up to you to watch the legendary Hollywood film and see how McDermott’s story ends.

Written by David Levien and Brian Koppelman, Rounders found moderate success at the box office. In the 25 years since its release, however, the movie has achieved legendary status that far surpasses any other poker or gambling-related film.

You can watch Rounders right now on Netflix or Amazon Prime. While other poker movies like Molly’s Game, Runner Runner, and Mississippi Grind have followed, none hold the cult status of Rounders.

Will Rounders 2 Ever Happen?

Since the release of the first movie, poker’s status in the mainstream has skyrocketed. The 2003 World Series of Poker vaulted the game’s profile to unprecedented heights.

Throughout the last 20 years, the question of “Will Rounders 2 Ever Happen?” remains a spirited topic of debate. Rumors and comments by some of the key figures involved with the original Rounders spurs the speculation even further.

During an appearance on the Rich Eisen Show in 2016, Matt Damon hinted that a Rounders sequel could definitely happen:

“Rounders 2 is in the talks, Brian Koppelman and David Levien have a really good idea for the sequel,” Damon said.

“So much has happened in poker ever since these young kids, the new generation has entered the game. They have seen millions and millions of hands before the age of 21 and the game is much-much different than what it used to be.” While that Damon soundbite sounds encouraging, other reports point to Rounders 2 never materializing. In 2018 (two years after the Rich Eisen Show appearance), Damon explained that streaming services like Netflix aren’t interested in a Rounders sequel:

“What [the DVD market] has been kind of replaced with is the international box office. What you want are movies that are big and really understandable to people all around the world, across language and culture,” Damon said. That means talk less, make things more simple—white hat, black hat, superheroes.”

“It makes total sense, right? Everybody knows who the good guy is and who the bad guy is. They spend $400 million and blow a lot of shit up. You can’t put Rounders into a movie theater up against that stuff. Everyone is wondering what is going to happen [to the film industry].”

You can Google “Rounders 2” and get an equal number of results that say the sequel will or won’t happen. Almost all of those articles come from comments made by Damon at some time over the past decade.

Damon, as the face of the first movie, still frequently gets questions on the status of Rounders 2. Unfortunately, none of Damon’s recent comments point to the holy grail of poker movie sequels happening any time soon, or ever.

Check out some of Upswing Poker’s other articles about Rounders:

Why Teddy KGB is Actually Bad at Poker 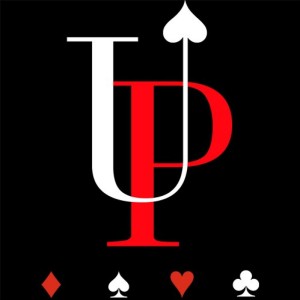