Upswing Poker featured pro Doug Polk seeks to continue his WSOP Giveaway Madness this Thursday when he returns to compete in Day 3 action of the 2017 World Series of Poker Main Event with a starting chip stack of 287,500. 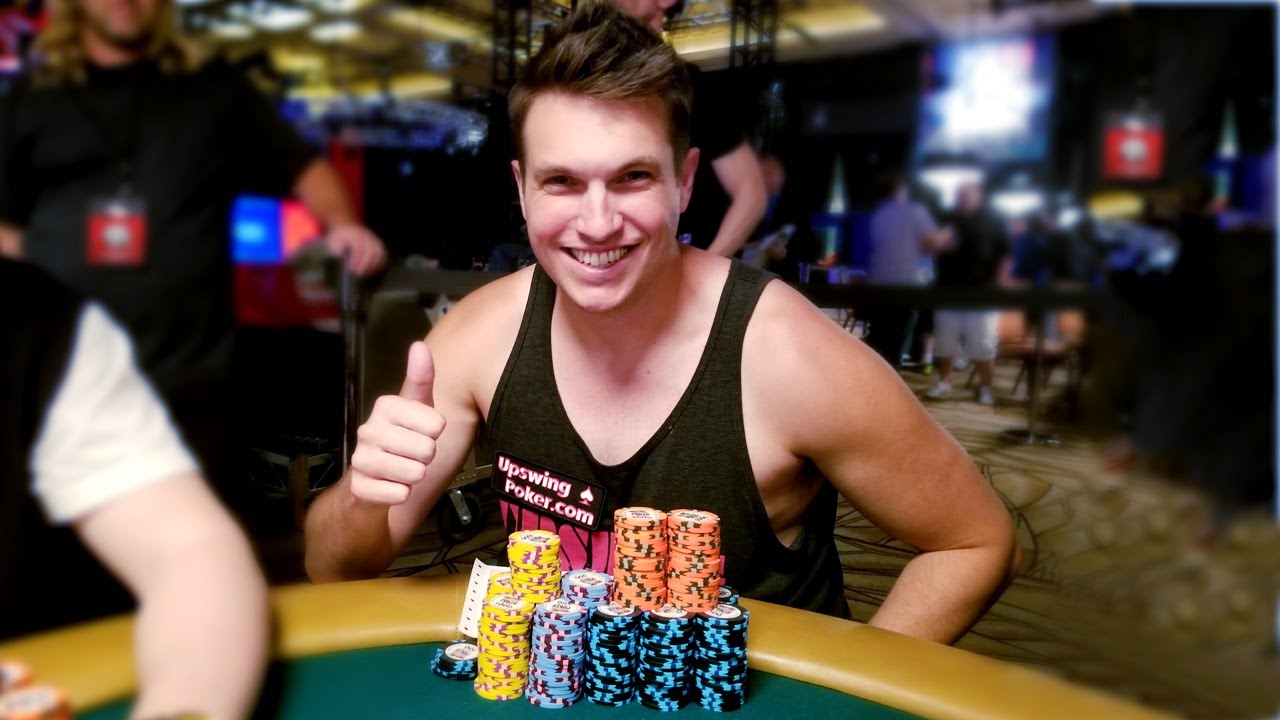 Thirty thousand dollars have already been allocated towards the pockets of poker fans worldwide, however the 28-year old native Californian will be looking to hand out even more stakes before all is said and done at the Rio All Suites Hotel & Casino in Las Vegas this summer.

While you’re rooting on your friends in the biggest poker tournament of the year, here is a look at current events within our industry that are of interest to live and online players alike.

– Doug began his most recent Vlog entry with a reference to PokerGO, which announced the long-awaited Return of Poker After Dark this week.

– While we’re on the topic of PokerStars and recreational players, Amaya partnered with Manchester startup and leading United Kingdom social video publisher Unilad recently. If you’re holding your breath thinking the world’s largest poker site might utilize the platform to spread the nuances of professional gambling and skill-based gameplay to its new viewership, you could be waiting a long time to exhale.

Unilad will publish content revolving around a new #GameOn advertising campaign, focusing on PokerStars celebrity pros Kevin Hart and Usain Bolt, along with exclusive coverage of PokerStars Championship events according to Director of Poker Marketing Vadim Soloveychik and iNTERGAME Online.

– Those looking for some positive news from the world’s largest poker site should look no farther than the TwoPlusTwo Forums and this PartTimePoker op-ed by contributor Alex Weldon. Will PokerStars Power Up usher-in a new era of card playing with its versatile, skill-based gameplay?

– Caesars Entertainment (the parent company of the WSOP and Rio Las Vegas) is shifting its focus to “entertainment and hospitality,” hiring two new executives so far in July for an expansion push into areas other than live gambling. The details are available in this Bloomberg article.

– Former Partouche Poker Tour and PCA Super High Roller champion Vanessa Selbst — who has over $11.8 million in career live poker tournament cashes — has been getting a lot of attention from Team Upswing fans these past 24 hours… something about an impromptu appearance at 8:05 on Doug’s most recent Vlog entry? We’ve double-checked and still only see Doug in the video, but Polkerpedia leader Thomas Keeling (aka “SrslySirius”) assures us that Vanessa is indeed featured in the clip.

A bunch of people have been tweeting at me about @DougPolkPoker's vlog but I have no idea what they're talking about. Leave me alone, guys

– Poker angleshooter “Double-A” Alec Torelli is back with a new YouTube video pimping his alliance with the Deltin Royale Casino of India. The TwoPlusTwo NVG moderators have officially updated the Alec Torelli Caught Angleshooting thread in the meantime, with additional contributions from SageDonkey and WiseMule on Page #49 for readers to sift through.

– YouTube Poker video blogger Andrew Neeme is still in the WSOP Main Event, but struggling with a 30-big-blind stack the last we checked. Doug’s swaps with Empire collaborators Ryan Fee and Jason Mo didn’t pan out this year, so we’re keeping an eye on the Las Vegas rounder‘s progress late Wednesday and will update our readers once Day 2 action has concluded. EDIT: Andrew Neeme was eliminated during the last level of Day 2.

Just busted last lvl of day2. Happy w/ my play aside from 1 super questionable decision earlier, before dinner break. Will discuss on vlog.

If you’d like to learn more about Andrew, read the excellent interview he did with Robbie Strazynski at Cardplayer Lifestyle back in February.

– Before we go, we’d like to give a shout-out to Daniel Negreanu for his 2017 WSOP “Fantastic Fan” contest. South Dakota school teacher Tanya Rausis, Wyoming pro Rich Dixon and K.L. Cleeton each won a seat into the Main Event, which we believe is great for them, great for Daniel, and great for poker.

Best of luck to all the remaining participants in the 2017 World Series of Poker Main Event. We hope to see you at the final table!

(Note: If you’re looking to become one of the best, check out the Upswing Poker Lab training course — our members are crushing and you can too!)